The Indian team for the limited overs tour of Australia has been announced. Team India will play five ODIs and three T20s during their visit in January next year

The Indian team for the limited overs tour of Australia has been announced. Team India will play five ODIs and three T20s during their visit in January next year. Considering that India lost both the ODIs and T20s to South Africa recently, and that too at home, India have made a number of chances to both squads. The big news is that Yuvraj Singh and Ashish Nehra have been recalled to the national squad for the T20s, following their impressive domestic record. Suresh Raina, on the other hand, has been dropped from the one-day squad.

While Yuvraj’s recall was on somewhat expected lines, since he has been performing very well in the ongoing Vijay Hazare Trophy, the comeback of Nehra was rather surprising, and out of the blue, if one may call it so. Nehra hasn’t played for India for over four years now, and at 36, one wonders whether he has it in him to deliver. Of course, in the T20 format, he will be needed to bowl only four overs, but his poor fielding could cost India in a format, where the skill is as important as batting and bowling. 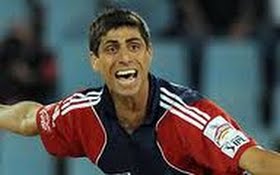 Coming to Raina, although he has struggled to perform in recent one-day matches, and had a horrid series against South Africa at home, his axe for the ODIs can be termed as surprising. His shot selection against the Proteas was debatable. Yet, he did show some signs of recovery towards the end. At 29, he still has time on his hand. With his fielding and spin bowling, he remains an asset, which explains why he finds a place in the T20 squad. The format will at least give him a chance to push for a place in the one-dayers again.

One player, who has been unfairly axed, is leggie Amit Mishra. Even though he was expensive in a couple of games against South Africa, he did pick up wickets in the last few matches. Mishra deserved a longer run in both the formats. Possibly, his slow fielding and lack of big hitting ability cost him a place in the team. But, by that criteria, Nehra’s selection also seems flawed. India have retained Harbhajan Singh as well for the T20s, but have axed him from the one-day squad even though he had a decent series against AB de Villiers’ men, and was among the more economical bowlers.

While the core of the Indian batting remains the same with Shikhar Dhawan, Rohit Sharma, Virat Kohli and Ajinkya Rahane making it to both squads, the selectors have decided to go in for some young legs in the one-day format. And so, we have Rishi Dhawan, Brainder Sran as part of the ODI squad. Manish Pandey who made a fifty on ODI debut against Zimbabwe has also been retained, but Ambati Rayudu has run out of favour, for no fault of his. Axar Patel makes way for Ravindra Jadeja even as Stuart Binny finally finds himself out of both the squads.