Having lost three games in a row, Kolkata Knight Riders (KKR) found themselvesin an extremely difficult position as they took on Kings XI Punjab (KXIP) at Eden Gardens on Friday night. Both their batting and bowling had been found wanting in the last few games. The defending champions thus needed to pull up their socks to stay afloat in the series. Kolkata came up with an inspired performance on Friday, wherein both their batsmen and bowlers chipped in and rarely allowed Punjab to have a say in the match that was crucial for both sides.

All-rounder Jacques Kallis’ performance was most significant of all. An all-round effort from him was overdue, and he timed his best effort of the tournament perfectly. First, the South African chipped in with a brilliant effort with the ball. Not only did he concede runs at less than four runs an over, but also grabbed two big scalps, that of the set Mandeep Singh and the dangerous David Hussey. Kallis’ good spell was instrumental in restricting Punjab to a moderate total. With the bat as well, the legendary player chipped in. His cameo, along with a couple of other good knocks, saw Kolkata home to a much-needed win. 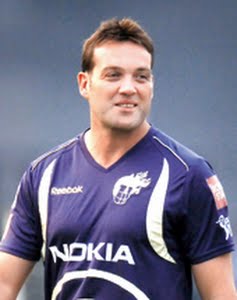 While Kallis was obviously the player of the game, it was a complete all-round effort from the KKR outfit. After Punjab got off to a confident start batting first, KKR bowlers saw to it that they never allowed Punjab to run away with the game. After Kallis gave KKR the breakthrough, Rajat Bhatia, Sarabjit Ladda and Laxmi Balaji combined to get the other wickets. And although mystery spinner Sunil Narine did not get any wickets, he kept the pressure on the Punjab batsmen, proving to be economical as ever.

During the chase as well, the KKR batsmen hunted down the total as a team. Manvinder Bisla played the perfect anchor at the top of the innings, batting right through to the end. It was courtesy Bisla’s combative knock that KKR managed to overcome the early losses of Gautam Gambhir and Yusuf Pathan. Bisla’s partnership with Kallis not only saw KKR claw back into the game, but also gave them the upper hand. And once Kallis fell, Eoin Morgan once again proved why he is such a great finisher towards the end of the innings. His scintillating cameo assured that there was no close finish this time round.

While it was a reassuring win for KKR, Punjab, on the other hand, had their chances, but failed to grab the same. Their top six batsmen all got starts, but not one of them could carry on, as a result of which Punjab ended with a below par total. If only one of those batsmen had made a bigger score, things could have been different. With the ball as well, Punjab could not capitalize on their great start. Azhar Mahmood bowled superbly to give them the early breakthroughs, but he found little in the form of support as KKR recovered to get through.

Turning point of the game: Gilchrist’s dismissal for 27. The Punjab captain was looking good for a change, but his dismissal came at a wrong time for the side.