Former India opener and domestic giant Wasim Jaffer has announced his retirement from all forms of the game at the age of 42. Jaffer made his first-class debut way back in 1996-97

Former India opener and domestic giant Wasim Jaffer has announced his retirement from all forms of the game at the age of 42. Jaffer made his first-class debut way back in 1996-97 and went on to play 31 Tests and two ODIs for India, scoring 1,944 runs and 10 runs respectively. 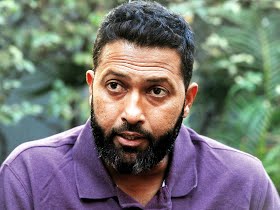 "A special thanks to all my coaches, right from my school days to professional cricket, for helping me polish my skills," Jaffer said in a statement announcing his retirement.

"A heartfelt thanks to the selectors who showed faith in me. My gratitude to all the captains I played under and all my colleagues from whom I learned so much about the game and shared some lifelong memories. I would also like to thank all the support staff who were a constant pillar of support in my long journey. Thank you to the BCCI, Mumbai Cricket Association and Vidarbha Cricket Association for giving me the opportunity to represent them," Jaffer said.

"My father wanted one of his sons to represent India and I feel proud to have fulfilled his dream. After all these years in cricket, it is time to move on. But just like the red ball format which is very dear to me, it's the end of only the first innings. I am looking forward to the second innings in any capacity, be it in coaching, commentary, etc. As long as I stay involved with the game as this game has given me so much," further added.

Among his achievements in international cricket, Jaffer is the only Indian opener to have scored a Test century in South Africa when he made 116 in Cape Town. He is among one of five Indian openers with more than one double hundred in Test cricket. Jaffer also finishes as the fifth-highest run-scorer in Indian first-class cricket behind Sunil Gavaskar (25,834), Sachin Tendulkar (25,396), Rahul Dravid (23,794) and VVS Laxman (19,730).