The touring Aussies enjoyed a crushing win over Essex ahead of their 5-ODI NatWest Series. The Kangaroos defeated Essex by a massive margin of 179 runs at the County Ground in Chelmsford on Tuesday.

The touring Aussies enjoyed a crushing win over Essex ahead of their 5-ODI NatWest Series. The Kangaroos defeated Essex by a massive margin of 179 runs at the County Ground in Chelmsford on Tuesday. It could be a moral victory for the Aussies ahead of the NatWest Series as the Essex side they crushed boasts of the presence of the England ODI Captain Alastair Cook and Ravi Bopara. 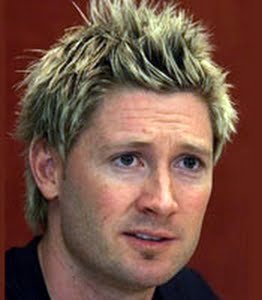 Batting first after winning the toss, Australia piled up 313 for 9 in 50 overs with Skipper Michael Clarke scoring 76 (from 73 balls with 9 fours) before retiring hurt and David Hussey scoring a busy 67 (from 66 balls with 6 fours). Also amongst the runs was wicket keeper Matthew Wade, who got 47 from 43 balls with 4 fours and a six. For Essex, 18-year-old left-arm medium pacer Reece Topley was the most successful with the ball claiming 4 for 46 in 4 overs.

In their run chase, Essex were bundled out for a paltry 134 in 32.4 overs with fast bowler Pat Cummins taking 3 for 26 (in 7 overs) and Xavier Doherty picking up 2 for 38. All the other bowlers used by Clarke also got amongst the wickets.

England’s ODI Captain Alastair Cook failed in the match scoring only 5 before getting dismissed by Clint McKay. The top scorer for Essex was Skipper and Wicket Keeper James Foster, who got 41 (from 36 balls with 6 fours).