Shahidh Afridi Pulls Out of Caribbean Premier League with Injury

Pakistani batsman Shahid Afridi announced on social media that he will be forced to pull out of the Caribbean Premier League this season.

Pakistani batsman Shahid Afridi announced on social media that he will be forced to pull out of the Caribbean Premier League this season. On Twitter, Shahidi cited the lengthy rehabilitation time needed for a knee injury. He wrote, "Due to my knee rehab, I'll have to sadly miss out on this year's #BiggestPartyInSport with the @JAMTallawahs. I'll be cheering for the team from home and I'm sure @simadwasim will fill up for me." 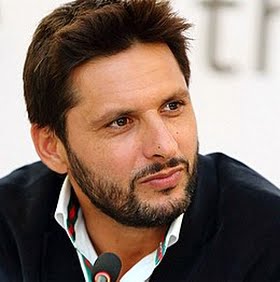 His team, the Jamaica Tallawahs, replied to his message by wishing him a speedy recovery.Most live betting sites still give Jamaica great odds to win the Caribbean Premier League even after Afridi's withdrawal. Trinbago are favored to defend their title at 11/4, with Jamaica checking in with the next-best odds at 4/1.

Afridi suffered the injury to his knee while playing as a member of the Karachi Kings during the Pakistan Super League this past March, according to the International Cricket Council. Despite the injury, Afridi played for the Edmonton Royals at the Global Canada T20 League last month and also played a part for the ICC World XI team against the Windies in May's Hurricane Relief T20I. Afridi played six matches for Edmonton while injured.

Before announcing that he would miss the Caribbean season, Afridi said via Twitter that his knee needed more time to heal. He said, "Went to see my doctor in Dubai, the knee hasn't fully recovered yet. I'll need another 3-4 weeks. Hoping to regain full fitness after that, keep praying for me."

The Tallawahs will begin their 2018 season without Afridi when they take on the defending champion Trinbago Knight Riders in the opener. Andre Russel will captain the Jamaican side in their first match against Trinbago on August 10 at Port of Spain.

The 38-year-old officially announced his retirement from international competition last year, but he still has plans to play in the T20 format for a variety of franchises all around the world.Afridi has played in the Caribbean Premier League in the past. The experienced batsman played as a part of the St. Kitts and Nevis Patriots back in 2015 during the CPL's third season.

Afridi has a decorated track record that includes the world record for most number of wickets taken as a captain in T20Is with 40. He additionally holds the record for best bowling figures as a captain in T20I (4-14), most runs conceded by a bowler in a T20I career (2,362), taking the most number of wickets while playing away (29) and he is the first player to ever score a hat trick in a 10-over format when he did so for Pakhtoons against Maratha Arabians.