Former Pakistan captain Wasim Akram says the Indians are playing too much of cricket and Gautam Gambhir's fitness issue is a case in point.

Former Pakistan captain Wasim Akram says the Indians are playing too much of cricket and Gautam Gambhir's fitness issue is a case in point.

"As we come to the end of another gruelling IPL, I am not surprised that many players are nursing injuries. The hullabaloo about Gautam Gambhir's fitness is a case in point as injuries threaten a player's career and ultimately affect the country's fortunes in ICC-sanctioned series," Wasim was quoted as saying by a sports website.

Akram feels that Gambhir's shoulder injury will put the Board of Control for Cricket in India (BCCI) on a sticky wicket. 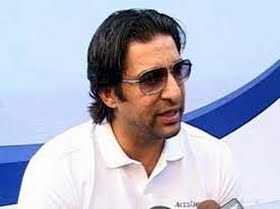 "Gambhir was playing in a BCCI-sanctioned tournament and was only honouring his commitment towards his franchise, who had bought him at a record price. I hear Gambhir was already injured during the World Cup. Therefore, it is up to a player to decide what is good and bad for him," he said.

"Gambhir's Delhi-mate Virender Sehwag is another case. Sehwag is already out of the West Indies series and doubtful for the England tour, too. It's a blessing in disguise that Delhi Daredevils did not go the full distance in the IPL! More matches would have only delayed Sehwag's treatment," Akram added.

Akram said that though he is in favour of IPL having a separate window in the international calendar, he felt that Indians are playing far too many competitive matches.

"The itinerary is simply inhuman and the effects are already showing. It would be sad if India missed their top players in the series against England. That will be a cracker of a series and India must have their best squad at its disposal. I only hope there are no more injuries in the Caribbean because India's bowling attack is already looking quite thin," he said.