Australia have captured the Champions Trophy twice, once in 2006 and again in 2009. Shane Watson is among those Aussies who has had a successful run at the event

Australia have captured the Champions Trophy twice, once in 2006 and again in 2009. Shane Watson is among those Aussies who has had a successful run at the event.

Writing a column for the ICC, Watson said, “For me personally, the ICC Champions Trophy in 2009 was really the first time that I felt like I belonged to the international stage knowing that I was able to contribute in a strong way to my country winning the tournament. These tournaments have very specific context as there is a champion at the end and there is always so much riding on every single game.” 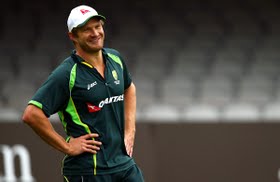 Watson went on to add, “The ICC Champions Trophy in particular is a very cut-throat competition. As a team, you have to hit the ground running as you really don’t have much chance of a slip up.”

On the winning moments​ in the ICC Champions Trophy, Watson recalled, “In the 2006 event in India. we won a rain-reduced final. Those celebrations were very special for everyone and for me personally. Finally, the 2009 edition of the Champions Trophy in South Africa was the first time that I really felt like I belonged at the international level. Our team was significantly different to the team that won in 2006 which made this win even more special. These last two games in particular, really were the making of me as an international all-rounder.”

Writing on the upcoming edition, he opined, “This upcoming Champions Trophy, I am sure, will provide an opportunity for an individual to be able to turn his dreams into reality. And from a team perspective, accomplish something incredibly special that provides memories that will last a lifetime.”