Zaheer Khan’s performance would be crucial to India’s cause

India lost the one-day series against South Africa without much of a fight, specifically because they hardly got anytime to get accustomed to the conditions and the South Africans pounced on them even before they realised.

India lost the one-day series against South Africa without much of a fight, specifically because they hardly got anytime to get accustomed to the conditions and the South Africans pounced on them even before they realised. If they hoped to get any practice before the two Tests even that wasn’t to be as the two-day tour match at Benoni was abandoned without even a ball being bowled. This means that India would now go into the Test matches without much preparation, especially those players who weren’t part of the one-day series. 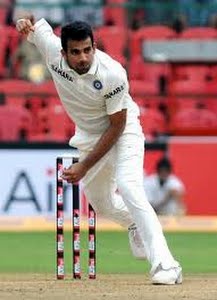 Under the circumstances, the performance of the seniors would be extremely crucial. Remember, this Indian side no longer has the services of Tendulkar, Dravid and Laxman, all of whom have retired. While MS Dhoni would be expected to lead the side from the front with the bat, the performance of Zaheer Khan would be equally crucial. While it is important to put up big scores, Test matches can only be won if a side picks up 20 wickets. So, even if India’s batsmen manage to stand up to the challenge, they will need their bowlers to be highly effective.

The sole reason why Zaheer Khan has been recalled to the side is because of his experience and the lack of the same in the bowling department. Khan hasn’t been brought back on the basis of some great domestic performances, but he still will be expected to deliver and guide the younger guns, who wouldn’t know how to handle the helpful conditions in South Africa. Khan has played six Tests in South Africa before, and has a decent record having grabbed 23 wickets while averaging 32.5. He was part of the squad that won a Test each during the 2006 and 2010 tours.

The worrisome aspect for India is that Khan hasn’t looked sharp during his recent years in international cricket, which had led to his sacking. In fact, his fitness is as big a worry as his form. His tour of England in 2011 ended within minutes of the first Test kicking off. India have taken a big risk by having the 35-year-old veteran in the squad. Ironically, having Khan in the squad also presents them with their best chance of winning the series, that is of course if he is in his elements.

While Khan’s primary task will be to pick up wickets, it will also be crucial for him to take along the other bowlers in the squad, which he had been doing till a few years ago. It is sad but true that Ishant Sharma hasn’t grown as much as his hair over a six-year period in international cricket. As for the others, Umesh Yadav has the pace, but hasn’t achieved the consistency to be feared yet. Mohammed Shami has been impressive in India, but the South Africans would put him to test for sure. Finally, the series would be extremely crucial for Bhuvneshwar Kumar, who will have to prove that he is an asset in all conditions.