WI vs IND Flashback: The Kingston Test of 2011

With India taking on West Indies in the second Test at Kingston at Jamaica, we look back at the previous clash between the two teams at the venue

With India taking on West Indies in the second Test at Kingston at Jamaica, we look back at the previous clash between the two teams at the venue.

Toss: India won the toss and chose to bat

On a tough surface, India were kept for 246 in their first innings. They had crumbled to 85 for 6 before an impressive partnership between Suresh Raina and Harbhajan Singh rescued them to an extent. Raina top-scored with 82 from 115 balls with 15 fours while Harbhajan slammed 70 from 74 balls with 10 fours and a six. Fidel Edwards was West Indies’ most successful bowler with 4 for 56. Ravi Rampaul and Devendra Bishoo were the other wicket-taking bowlers with 3 for 59 and 3 for 75. 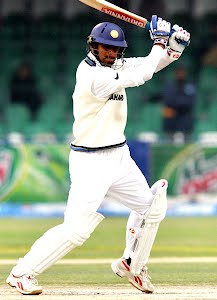 Rampaul got the openers Mukund and Murali Vijay early. Rahul Dravid got a quick 40, but was sent back by Bishoo, who also got the other big wicket, that of VVS Laxman for 12. Kohli had a forgettable first innings, falling caught behind to Edwards for 4 while MS Dhoni was back in the hut for a duck.

Even as India’s batting was disappointing, their bowlers fought back in impressive fashion, to keep West Indies down to 173. It was a well-oiled bowling effort from India as debutant Kumar and Ishant Sharma both claimed three wickets while Amit Mishra and Harbhajan picked up two wickets each. Ishant dismissed Lendl Simmons, Ramnaresh Sarwan as well as Windies skipper Darren Sammy. Kumar, on the other hand, dismissed Adrian Barath, who top-scored for West Indies with 64. He also claimed the wickets of Darren Bravo and Brendan Nash while Harbhajan got the big wicket of Shivnarine Chanderpaul.

In the second innings, India continued their fight back courtesy Dravid, who anchored the innings, as he had so often done for the team at his peak. Dravid made 112 from 274 balls with 10 fours and a six, occupying the crease for over 400 minutes. Only three other Indian batsmen got into the 20s – Mukund made 25 at the top of the order, Raina contributed 27 in the middle, but lower in the order Mishra chipped in with 28. For West Indies, Sammy and Bishoo picked up 4 for 52 and 4 for 65 respectively.

Dravid’s brilliance meant West Indies were set an extremely tough target of 326 for victory. The Indian bowlers again shone as West Indies were kept down to 262. Kumar claimed 3 for 42, including the wickets of Bravo and Chanderpaul while Ishant sent back Simmons and Sarwan, the latter for a duck. Mishra chipped in to get Nash and Sammy. The Windies put up a resistance, but failed before no one could produce that one big knock. Bravo top-scored with 41 while Barath made 38. As in 2006, Dravid was again the man of the match for his heroics.