Delhi Daredevils eased to a 7-wicket with as many as 31 balls to spare in Match 19 at the Wankhede Stadium against the Mumbai Indians. It was a sorry one-sided match for the spectators after the hosts were shot out for a paltry 92!

The pitch at the Wankhede Stadium had nice bounce for the quicks and there was enough turn for the spinners as well. Mumbai Indians asked to bat first struggled to 5 for 2 in 3.1 overs as left arm spinner Shahbaz Nadeem got rid of the two foreign openers. The Mumbai Indians innings went nowhere as they kept on losing wickets at regular intervals. From 44 for 6 in 10.2 overs they managed to reach 92 before getting bowled out in 19.2 overs. Skipper Harbhajan Singh played a sweet knock of 33 from 22 balls with 5 fours and a six. 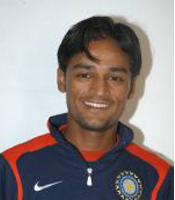 All the five bowlers used by Virender Sehwag chipped in with the wickets and at the same time hardly gave away any runs.

Delhi Daredevils started well in their run chase but struggled slightly because of the extra bounce in the pitch. Skipper Virender Sehwag was the top scorer for his team with 32 from 36 balls with 2 fours and a six. The visitors wrapped up the match in 14.5 overs with Mahela Jayawardene on 17* (from 20 balls) and Ross Taylor (10*) taking them past the tiny target of 92.

Toss and Teams: Virender Sehwag of the Delhi Daredevils has won the toss and elected to field first in the 19th Match of the IPL 5 against hosts Mumbai Indians at the Wankhede Stadium. For starters, Sachin Tendulkar remains to be on the sidelines because of his injured finger. Lasith Malinga takes a break and in his place comes Australian Clint McKay for the Mumbai Indians.

The other team news are Davy Jacobs and RP Singh coming into the Mumbai Indians XI. For the Delhi Darevils, Ross Taylor and Ajit Agarkar get their first game of the tournament.