The Indian selectors are historically not known to make bold moves, but the present selection committee, headed by Sandeep Patil, has made some daring decisions of late. During its tenure, they have dropped big names like Virender Sehwag, Gautam Gambhir, Zaheer Khan and Harbhajan Singh (even though Sachin Tendulkar has remained untouched).

The Indian selectors are historically not known to make bold moves, but the present selection committee, headed by Sandeep Patil, has made some daring decisions of late. During its tenure, they have dropped big names like Virender Sehwag, Gautam Gambhir, Zaheer Khan and Harbhajan Singh (even though Sachin Tendulkar has remained untouched). And even in their latest selection task, that of picking 30 probables for the upcoming Champions Trophy, they have done a sensible job. Except for Gambhir, none of the other three big names find themselves in the list.

The next World Cup is only a couple of years away, and the Indians for sure must be looking at the Champions Trophy as an opportunity to build a side towards retaining the crown they won at home in 2011. Keeping that in mind, the exclusion of the big three makes sense. All of them are approaching their mid-30s now, and aren’t at the peak of their game anymore. For sure, Sehwag and Khan have not chance of making it to the 2015 World Cup, since they have struggled equally on both form and fitness counts. As for Harbhajan, he is the youngest of the trio, but has done little to suggest that he can hit peak form again. 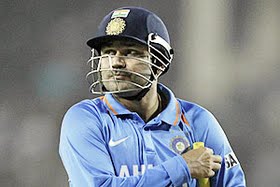 There is a lot of young talent coming up in India, and now is the perfect opportunity to groom them, since the World Cup is still quite a distance away. Over the next year or so, India can work towards recognising the players they believe can do well for the country in the format. With Sehwag out, Shikhar Dhawan must definitely get an opportunity to resurrect his ODI career post his sensational Test debut. Then, there are the likes of Unmukt Chand and Ambati Rayudu, who should also be presented with an opportunity to stake their claim.

The good part from India’s point of view is that apart from a couple of spots, they have a pretty much well-settled unit, so it’s just a matter of them identifying the right people for the right spots. Experienced hands like Virat Kohli, Yuvraj Singh, MS Dhoni, Suresh Raina and, to an extent, even Ravichandran Ashwin, allbut pick themselves in the eleven. The major worry would remain over the experienced Gautam Gambhir. The left-hander has been selected as part of the probables, but with Murali Vijay also includedin the list, it remains to be seen who gets the nod.

Coming back to Harbhajan, Khan and Sehwag, their ODI careers may well be over, but the veterans must still be hopeful of making one final impact in the Tests. Harbhajan has been getting his opportunities here and there, but has failed to perform. As for Khan and Sehwag, both might be on the flight to South Africa, and with their experience they possess, could well make a difference. Sehwag must get one chance in the middle-order while Khan must be recalled one final time because Ishant Sharma hasn’t learnt how to lead an attack as yet.