Australia Squad for the Finals of the Commonwealth Bank Series 2012

Young fast bowler James Pattinson has been selected in the Australian Squad for the final phase of the Commonwealth Bank Series. Australia have one match to go against Sri Lanka and the best of the three finals to follow. Pattinson who bowled superbly in the Test Series against India was out of action with a foot injury but through a speedy recovery finds himself in the One Day Squad.

Making way for the young fast bowler is going to be Ryan Harris who has been dropped. The Selectors have announced that Michael Clarke is fit again and is likely to play in Friday’s league game against Sri Lanka at Melbourne. 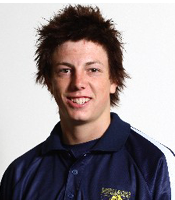 Australia’s National Selector John Inverarity says that “James Pattinson is fit again and after impressive recent form in a Futures League match in Adelaide, comes into the squad at expense of Ryan Harris, who has been dropped.” However he insists that Ryan Harris remains strongly in contention for selection for the Test matches on the VB Tour of the West Indies.

Here is the 13-man Australia Squad for the final phase of the CB Series :