Kiwis bundle out pathetic Zimbabwe twice in a day for a massive innings victory!

On what could be a black day for Test Cricket, minnows Zimbabwe were bowled out twice in less than three sessions to lose their only Test against New Zealand by an innings and 301 runs at the McLean Park in Napier! Zimbabwe shockingly lost 20 wickets in a single day’s play which is a rare occurrence in the history of the sport. To be precise, only two other Test matches in the past have seen a team getting bowled twice in a single day’s place – India against England in 1952 at Manchester and Zimbabwe against New Zealand at Harare in 2005/06. New Zealand have done it again for the Zimbabweans six years later by shooting them out twice today at the McLean Park in Napier. 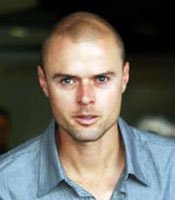 The third day’s play at Napier saw as many as 22 wickets go down with New Zealand resuming their first innings at 392 for 5 and declaring it at 495 for 7. Wicket Keeper batsman BJ Watling was allowed to score his maiden Test century. Watling who resumed the third day’s play on 52 went onto score 102* from just 149 balls with 12 fours before the Kiwis declared in the first session. By lunch, Zimbabwe were reduced to 20 for 5 in 15 overs. By Tea, the visitors were bundled out for 51 in 28.5 overs with all the five Kiwis bowlers used getting amongst the wickets.

Zimbabwe following on just before Tea went into the break at 12 for 3 in 9 overs. After the resumption of play, they got bowled out by the fag end of the third day for 143 with their second innings lasting only 48.3 overs. Regis Chakabva provided some consolation for the minnows scoring 63 from 119 balls with 6 fours. For the Kiwis, the chief-wrecker was seamer Chris Martin who picked up 6 for 26 in just 8.3 overs to get the Man of the Match award. Doug Bracewell chipped in with three wickets.