WI vs SA 1st ODI: Narine was too good for South African batsmen

When the West Indies team for the tri-series at home was picked, there was plenty of debate around the selection of mystery spinner Sunil Narine and Kieron Pollard

When the West Indies team for the tri-series at home was picked, there was plenty of debate around the selection of mystery spinner Sunil Narine and Kieron Pollard. They hadn’t done much to justify their inclusion in the lead up to the event, and question marks were raised even further after WT20 champs like Chris Gayle, Dwayne Bravo and Andre Russell were left out of the squad. But, in the opening match of the tri-series against South Africa at Guyana, both Narine and Pollard stood out and proved that they are still capable of winning matches for West Indies.

Narine’s career-best spell of 6 for 27 was the most heartening aspect of the hosts’ win. In the IPL, with his remodelled action Narine wasn’t effective at all. It seemed as if he was more concerned about just containing the runs, and the batsmen too did not find his variations a threat. But, on Friday against the Proteas, he completely bamboozled some big names in the opposition. The fact that he ended up claiming four lbws out of his six victims, including Hashim Amla, is proof of the fact that the South African batsmen were at sea against him. 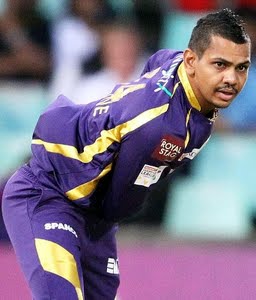 While Narine undoubtedly stood out, West Indies’ overall bowling performance was also impressive. Carlos Brathwaite did well to break a sedate opening stand with the wicket of the dangerous Quinton de Kock, and finished with 2 for 35. Skipper Jason Holder kept things extremely tight while Sulieman Benn was also able to perform a good restrictive role. West Indies did exceptionally well to restrict South Africa to 188. In fact, the last time West Indies kept the Proteas to a lower score was back in 1992, which says a lot.

Having kept the Proteas down to a gettable total, West Indies held the upper hand. But, the Windies, as they often do, got themselves into trouble even from a position of strength. They were under pressure at the halfway stage. But, Pollard rose to the occasion, and played an innings that not only brought the Windies back into the attack, but also put them in command. On a tough pitch, when no other batsman could hit a six, Pollard cleared the fence on half a dozen occasions. Darren Bravo also played a good supporting role in a fifth-wicket partnership worth 74.

South Africa should be very disappointed with the fact that they could not put up a bigger score on the board. Of the top 5, Hashim Amla and JP Duminy perished in the 20s, while de Kock and AB de Villiers fell in the 30s. Ideally, at least two of them should have carried on. Rilee Rossouw batted well for his half-century, but they collapsed and ended up losing their last seven wickets for merely 28 runs – from 160 for 3 to 188 all out. Their bowlers tried hard, reducing West Indies to 76 for 4 at one stage, but Pollard was inspired to take the team home.