Legendary former Pakistan fast bowler Wasim Akram reckons that veteran Team India pacer Bhuvneshwar Kumar might struggle in Australia due to his lack of pace. Bhuvneshwar had a tremendous white ball tour of England, where he made life difficult for the hosts, extracting a lot of movement out of the helpful surfaces. However, he has been pedestrian in the last few T20I games.

Barring the dead rubber against Afghanistan in the Asia Cup in the UAE, he had an extremely poor campaign and was easily hit for many runs at the death. There was not much improvement in his bowling during the home T20Is against Australia.

Speaking to Khaleej Times, Akram said that while Bhuvneshwar is a proven performer in international cricket, his lack of speed could hamper the team Down Under. The Pakistan legend explained, "India have Bhuvneshwar Kumar, he is good with the new ball, but with that pace, if the ball is not swinging, he will probably struggle there. But he is a very good bowler no doubt, swings both ways, has the yorker. But you need pace in Australia.” 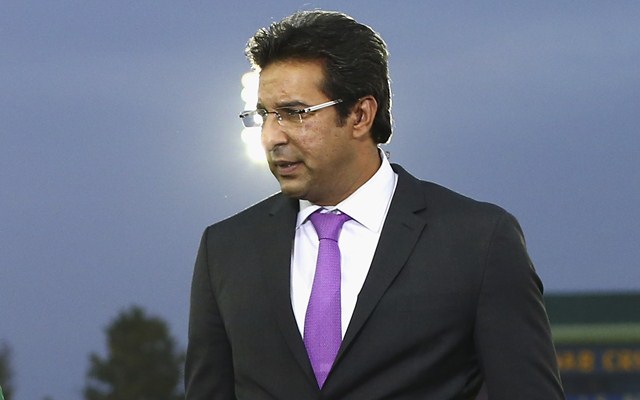 "It's in Australia. The Australians will probably play well, they have a good bowling attack, they know those pitches," the former Pakistan skipper added.

The Men in Blue will be without lead pacer Jasprit Bumrah’s services for the T20 World Cup in Australia since he has suffered a back injury. The BCCI are yet to name a replacement for Bumrah, although Mohammed Shami has shared pictures of him taking off for Australia. According to reports, Mohammed Siraj and Shardul Thakur will also be flown to Australia, while a final decision on Bumrah’s replacement will be taken on Thursday, October 14.

"India have a good batting line-up. But they still haven't named Bumrah's replacement,” Akram pointed out.

The Men in Blue are already in Australia to try and acclimatize to the conditions since a number of members have not played top-flight cricket in the country. India beat Western Australia by 13 runs in a warm-up game at the WACA in Perth a couple of days back.

Team India will begin their T20 World Cup campaign by taking on arch-rivals Pakistan at the MCG on October 23. The last time these two sides met at the T20 World Cup in the UAE last year, Babar Azam’s men hammered the Indians by 10 wickets. India have not won the T20 World Cup since the inaugural edition in 2007.