England and Australia are getting really bitter with the Ashes on the line at Perth. England’s Ben Dunkett has been suspension

England and Australia are getting really bitter with the Ashes on the line at Perth. England’s Ben Dunkett has been suspension by the ECB for pouring beer over England vice-captain James Anderson at a bar in Perth last week.

Tim Paine, the Australian wicketkeeper told the media Australia will definitely use the issue as banter. "I'm sure someone will bring it up at some stage. But what's happening in their camp off the field has no effect on the way we're going to go about our cricket. I haven't paid a hell of a lot of attention to it. It’s a bit irrelevant." 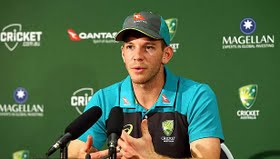 Australia also targeted Johnny Bairstow after he headbutted Australian opener Cameron Bancroft in a Perth bar. However, Paine denied the team had crossed the line.

"There's been nothing that I've heard that has been too untoward or anything that has been particularly nasty. It's just been tough Test match cricket. It's been played in pretty good spirit from what I've seen and heard. Both teams have, despite what it may look like, a huge amount of respect for each other,” he said.