West Indies down England by 15 runs

West Indies through some great fielding performances downed England by 15 runs at Pallekele. England rocked back by a double wicket maiden from Ravi Rampaul took some time to gain any momentum in its run chase of 180 from 20 overs.

West Indies through some great fielding performances downed England by 15 runs at Pallekele. England rocked back by a double wicket maiden from Ravi Rampaul took some time to gain any momentum in its run chase of 180 from 20 overs. Opener Alex Hales repaired the early damages with a half century and the arrival of Eoin Morgan saw the English innings finally get a move ahead.

However, England had wasted quite a lot of balls in the first half and thus found it extremely difficult in catching up with the required rate towards the end. Despite losing only four wickets, England 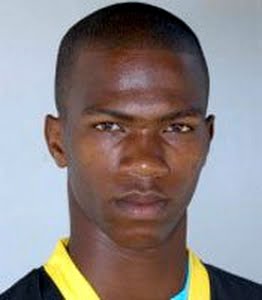 were strangled down to 164. Alex Hales scored 68 from 51 balls with 5 fours and 2 sixes but failed to deliver the big hits towards the fag end. Eoin Morgan with his innovative sweep shots off even the pacers scored a heroic 71* (from 36 balls with 4 fours and 5 sixes) which went in vain.

The spinners did the job for Darren Sammy and although they didn’t take many wickets, the likes of Samuel Badree, Sunil Narine and Chris Gayle managed to curtail the English batsmen from freeing their arms. Young West Indian opener Johnson Charles for his sparkling 84 (from 56 balls) got the Man of the Match award.

West Indies Innings: West Indies have left England with an imposing target of 180 to win following a superb opening stand. Chris Gayle produced a whirlwind 58 from 35 balls (with 6 fours and 4 sixes). His opening partner Johnson Charles stole the limelight with a career best of 84 (from 56 balls with 10 fours and 3 sixes). There was a slight stutter in the middle order for the West Indies but they finished off reasonably well.

Skipper Stuart Broad did well for his team taking 2 for 26 in 4 overs besides bowling a maiden. Steven Finn also produced economical figures of 4-0-26-1.

Toss and Teams: West Indies have won the toss and elected to bat first in the Super Eights Match against England at Pallekele. The pitch is likely to stay good for batting like how it played during the Sri Lanka-New Zealand match.

As far as the team compositions are concerned, West Indies have brought in an additional spinner in leggie Samuel Badree while all-rounder Dwayne Bravo comes back after an injury. Darren Bravo and Fidel Edwards make way for the duo. For England, there is one change with Samit Patel coming in for Tim Bresnan.