So much was expected of Chennai Super Kings and Mumbai Indians at the start of the CLT20. In fact, both were being tipped as favourites – one being a past winner and other being defending champs.

So much was expected of Chennai Super Kings and Mumbai Indians at the start of the CLT20. In fact, both were being tipped as favourites – one being a past winner and other being defending champs. The two IPL sides, however, have failed to live up to their reputation though. Chennai losing both their games – to Sydney and Lions, while Mumbai were also upset by Lions before their match against Yorkshire was washed out. For them to stay alive in the tournament, they must not only pray for the rain gods to stay away, but also hope that the other results go their way. First and foremost though they need to find the winning formula. 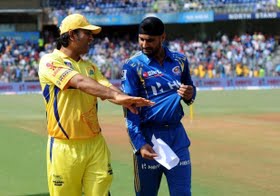 Chennai have been let down by both their batting and bowling. Faf du Plessis and Suresh Raina did well with the bat in the opening encounter, but the rest couldn’t support the duo as Chennai failed to chase down a tough target set by Sixers. In the second game, they batted first and only managed to post a150 plus score, even that was thanks to late assault from skipper M S Dhoni. It’s time for Michael Hussey and Murali Vijay to come good on the big day against Mumbai.

Their bowling has been atrocious to say the least. In the opening game, they conceded too many runs, and against Lions they could not defend a challenging score. The no-balls and subsequent free hits, against Lions, cost them the game, believed Dhoni. R. Ashwin and Albie Morkel need to pick their game up then, and the Aussie pace duo of Doug Bollinger and Ben Hilfenhaus must also support them.

Mumbai would have felt they had a great chance of overcoming Yorkshire, however weather is not something they can control. What they can is their on-field performance, which hasn’t been all that great. They were poor in every sense against Lions. Sachin Tendulkar has looked miles apart from the class act he is. Mumbai would hope he is up for the Chennai challenge. Among the other batsmen Dwayne Smith has looked good and Kieron Pollard got some quick runs against Yorkshire, but a better well-rounded effort is needed. The likes of Ambati Rayudu and Rohit Sharma need to convert their starts.

To be fair, their bowling is yet to be properly tested. Against Lions they did not have a huge score to defend, and they did not even get a chance to bowl against Yorkshire. Weather-permitting, Mumbai would be keen to put up a good bowling show. They have the likes of Lasith Malinga, Harbhajan Singh and Mitchell Johnson, who are world class bowlers.

Not favourites in this clash, we must say.