Former New Zealand fast bowler and cricket commentator Simon Doull feels that Rohit Sharma is a better one-day batsman than Sachin Tendulkar. According to Doull, Rohit has the ability to maintain the tempo of his innings even while approaching a landmark. Tendulkar, on the other hand, was known to slow down as he approached a hundred.

“His ability to increase his strike-rate past that, even if it's past 60, 70, 80… You don’t see Rohit Sharma getting stuck in the ’90s very often and labouring through the ’90s either. He is just a phenomenal player,” Doull explained. in ICC’s Cricket Inside Out. 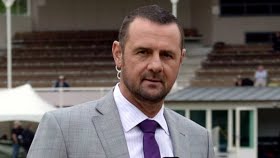 “Well, I personally have copped flak in India because I’ve said he’s the No.1, he’s the first opener picked in an all-time Indian side, hands down. I’m sorry, but you look at the stats, look at the numbers. He averages 49. A strike rate of 88. Sachin averages 44 with a strike-rate of 86, I think, across the careers,” the ex-pacer added.

“So, numbers-wise, Rohit’s numbers are phenomenal, they are better than Sachin’s, that’s why to me he’s the first name on the list, and that’s only because you start at No.1, there’s Kohli on the list, Dhoni’s on the list as you get further down the order,” Doull, who claimed 98 Test wickets and 36 ODI scalps went on to add.

Tendulkar was dismissed in the 90s 18 times in his career, and thrice for 99 (all in 2007). His last international hundred, his 100th one, came against Bangladesh in March 2012. He consumed 147 balls for his 114, and India ended up losing the contest by five wickets.

In the World Cup last year, he became the first batsman to smash five hundreds in a single edition -- including three in a row. Not surprisingly, Doull had earlier picked Rohit as the first-choice opener in his ODI XI.