Sehwag, Gambhir and Zaheer must make best use of opportunity

As expected, veterans Virender Sehwag, Gautam Gambhir and Zaheer Khan have been given another chance to try and impress the Indian selectors in their bid to make a comeback to the national side ahead of the series against West Indies at home.

As expected, veterans Virender Sehwag, Gautam Gambhir and Zaheer Khan have been given another chance to try and impress the Indian selectors in their bid to make a comeback to the national side ahead of the series against West Indies at home. The trio has been selected for two four-day games against the visiting Windies squad. Interestingly, Mohammad Kaif, who last played a Test for India was back in 2006 has also been chosen for the two matches indicating that the doors are still open for him, if only slightly. 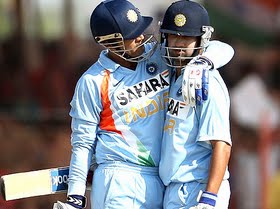 Coming back to Sehwag, Gambhir and Zaheer, this might well be the trio’s last chance to make an impression and seek a recall, more so for Sehwag and Zaheer, who are on the wrong side of the 30s. Disappointingly, all the three haven’t done much to impress during their time away from the national squad. Sehwag has taken part in a few domestic games, but has been far from the player we have known him to be over the years. The lack of confidence and loss of agility is becoming more and more evident with every dismissal of his. It remains to be seen whether he has anything left to offer to the Indian team. The A games will of course give us an indication.

As for Zaheer, he has been battling injury ever since being dropped from the Indian squad. His troubles began in England when he walked off ever before a session of the 2011 series was completed. Even though he returned later, he never looked fit, failing to take wickets and seeming too jaded at most times. He and Yuvraj Singh though have trained hard, away from the media spotlight and fan frenzy, in France. Zaheer has always expressed that he has not given up hope of playing for India against in spite of age not being on his side. Like Sehwag, he also gets what possibly will be his last chance.

Last but not the least, Gambhir being the youngest of the lot has a better chance of returning to the national fold. But for that he has to prove that he has worked on improving his technique in the required areas. The southpaw has featured in a few matches for Essex in the ongoing county season, but barring one hundred he has continued to look out of sorts. He has returned to the county after taking a break for family reasons, and will be hoping to play himself into some kind of form before the A games against the touring West Indies side.

It is understandable why the selectors want the veterans to have another go at a national recall. India would be heading to South Africa at the end of the year, and there they would need some experienced hands to guide them, but for that the ageing players have to be in form. Just selecting them on reputation would prove to be hazardous, akin to the England and Australia tours. The selectors have done their job, it is now up to the players.