With Sri Lankan opener Tillakaratne Dilshan deciding to retire from Tests, a big gap will be created for the team at the top of the order as far as the five-day game is concerned.

With Sri Lankan opener Tillakaratne Dilshan deciding to retire from Tests, a big gap will be created for the team at the top of the order as far as the five-day game is concerned. Even since the retirement of Sanath Jayasuriya and Marvan Atapattu, the Lankans have found it extremely difficult to have a settled opening pair. Dilshan was the only one who was the constant factor at the top of the order even as partners got replaced. Dimuth Karunaratne, Tharanga Paranavitana and Upul Tharanga all have been tried as his partner in recent years, but have failed, which is why is why his exit will make things even more tougher for the Lankans. 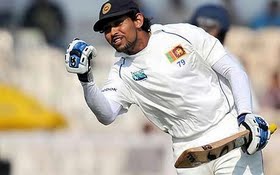 Dilshan wasn’t a consistent performer at the top of the order. He was very much in the Sanath Jayasuriya mould preferring to be aggressive irrespective of the situation. This was the approach which was the reason for the success as well as his failure. When in flow, though, Dilshan was among the most attractive of stroke players in the Test format. He was among the openers who made Test cricket a lot livelier along with the likes of India’s Virender Sehwag and Aussie Matthew Hadyen. Considering his style of play, Dilshan’s figures are fairly impressive – 5492 runs in 87 Tests averaging 41 with 16 hundreds.

The attacking opener had a great start to his Test career, cracking a sparkling century in his second Test against Zimbabwe at Harare. However, Dilshan, rather disappointingly, failed in his next few assignments against big sides like Pakistan, South Africa and England. He was also out of the side for a fair amount of time owing to his poor performances. There were also talks of Dilshan being among those set of players who are exceptional against weaker teams and lukewarm against the stronger ones. Dilshan, however, battled hard to change that perception.

Although his first two Test hundreds came more than four years apart, Dilshan ensured that he did not waste his second coming. The fact that his second Test ton came against the mighty Aussies at home in 2004 gave him a lot of confidence. It was undoubtedly the innings which gave him the belief that he could stand up to the best in world cricket. Ever since that knock, Dilshan was a changed batsman, a lot more positive one, who took up various challenges upfront.

If there is one aspect of his batting that can be critically looked at, it is the fact that he managed only 16 hundreds during his 14-year career. However, the good part was that he was equally successful both at home and away; he averaged over 40 in both instances. Again, he had a poor record in Australia, New Zealand and South Africa, having never scored a ton in the last two mentioned countries. But, his style of play was always going to be like a double-edged sword. Sri Lankan cricket must remember Dilshan as someone who gave the team solid starts in many Tests matches, without much support from the other end.