When the Indian team for the tour of South Africa was to be announced on Monday, the biggest element of surprise was whether Zaheer Khan and Gautam Gambhir would find a place in the squad.

When the Indian team for the tour of South Africa was to be announced on Monday, the biggest element of surprise was whether Zaheer Khan and Gautam Gambhir would find a place in the squad. One of them did, the other did not. To be fair to the selectors, the recall of Zaheer in the Test side was on expected lines in spite of the fact that he was overlooked for the home series against West Indies, as well as the reality that he hasn’t done anything exceptional in domestic cricket even while he has looked competent. 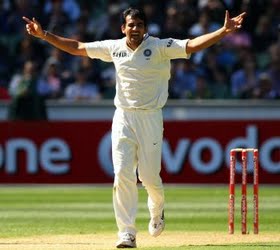 The honest truth, something which even the selectors realise, is that India cannot afford to take a completely raw pace bowling attack to South Africa. The likes of Bhuvneshwar Kumar and Mohammed Shami may have done well at home against decent opponents, but it would be unfair to expect them to fire straight away in the unfamiliar environs of the African nation. Umesh Yadav was on India’s tour to Australia and performed reasonably well, but even he is very naïve at the international stage. Zaheer may be well past his prime, but at least he can guide the other fast bowlers. If he can himself find some rhythm himself, nothing can be much better for India.

Just like Zaheer’s inclusion was logical, Gambhir’s exclusion was equally understandable. Him and Sehwag were given a two-year extended run even when they were not performing. In contrast, Murali Vijay and Shikhar Dhawan have only just begun their partnership at the top of the order. Having Gambhir as part of the squad would have meant that India would have been forced to think of a change in case Vijay failed. By not including a third opener, the selectors have clearly told Vijay that they have full faith in his abilities as an opener. It is now up to him to repay the faith.

The selection of Ambati Rayudu for the Tests in place of the retired Sachin Tendulkar was also a sensible one. Dinesh Karthik could have been among the other choices, but he has wasted too many opportunities that have come his way. Also, Wriddhiman Saha has proved himself as a much more capable wicket-keeper which explains his selection as reserve keeper ahead of Karthik. Overall, there were no surprises in the Test team selection.

The same can be said of the one-day team as well. Although Yuvraj Singh and Suresh Raina have been having a poor run, they have served Indian cricket with distinction for a significant amount of time, and hence deserve a longer run to get their form back. Considering their experience it should only be a matter of time before that happens. At the same time, they must be prepared for a barrage of short stuff that will be dished out. Once again, the most inexplicable selection, both in the Test and ODI squad has been that of Ishant Sharma. One wonders how many more matches India have to lose before they realise the grave danger of having a run-donor like Sharma in the team.