Latest news in the world of T20 Cricket 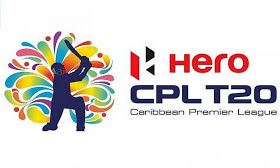 Cricket, like many other sports around the world, has been postponed due to the current COVID19. We have lost a lot of top-class cricket including two big tournaments the IPL T20 and also the new ‘Hundred’ tournament which was meant to take place in the United Kingdom in August.

Test match series, one-day internationals and T20 matches have also been lost as well as the county cricket in England.

However, there are many discussions going on to ensure that we see some international cricket later this year. With some regions in the world reducing the number of cases of this virus, plans can be made to look at planning the restart of cricket, which can include major T20 tournaments.

England men’s cricket team are returning to training and ensuring they keep the social distance from each other. They will train separately and then look to build up their fitness in the hope that the planned test series and one-day internationals can be played later in the summer.

England have a test series against the West Indies and Pakistan planned for this summer as well as one-day internationals and T20 matches. The aim is to play as soon as it is safe to do so and protocols are met.

The Caribbean Premier League is a six-team tournament played annually across some of the finest islands in the Caribbean. Barbados, St Lucia, and Antigua are a few of the host venues for what is always a colorful event and some top-class cricket to entertain the locals and the global audience

The six teams include the Barbados Tridents, Guyana Amazon Warriors, Jamaica Tallawahs, St Kitts and Nevis Patriots, St Lucia Zouks and Trinidad & Tobago Knight Riders. With lots of homegrown players looking to make their name in this tournament and put themselves in the shop window for other T20 tournaments, this is a great setting for cricket.

Like other equivalent tournaments, there are many overseas players who are set to head over to participate in this tournament which is due to start on 19th August and finish on 26th September. Depending on testing to ensure no symptoms of the virus, there is huge anticipation of some of the best talents from around the world who will play in this tournament.

The Caribbean Premier League will be the perfect warm-up for these players for the ICC T20 World Cup which is set to take place in October in Australia.

Discussions are still ongoing to ensure the ICC T20 World Cup goes ahead in Australia starting in mid-October. The sixteen team tournament will have to ensure protocols are met given there will be lots of incoming nations into Australia, however, given the event is set to take place in five months’ time, there is hope that by planning early, it can go ahead.

The last T20 matches to be played were in late February 2020 where Australia beat South Africa 2-1 in their series and kept up their fantastic form in T20 cricket which raises excitement that they can win this tournament for the first time. With a group of young and talented cricketers, the team has a strong batting line up as well as top bowlers who thrive on the T20 format.

India and England will also have one eye on the trophy given their form in T20 cricket is encouraging and the young players from each respective country will be ready for the challenge.