This was the fifth match of the series played in India in 1961/62. India were one up going into the final Test, having won the game at Kolkata by 187 runs.

When Durani spun out England (Madras 1962)

This was the fifth match of the series played in India in 1961/62. India were one up going into the final Test, having won the game at Kolkata by 187 runs. Salim Durani was hardly an all-rounder in the Kapil Dev sense. But, on his day, he had the ability to fire with both bat and ball, and destroy opponents. At Madras, he was at his best with the ball, picking up a match haul of ten wickets, as England succumbed to a 128-run loss and, in the process, lost the series 2-0. 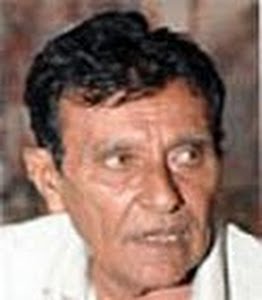 India batted first and registered a very good score of 428. In reply, England could manage only 281, Durani being the wrecker in chief, picking up six wickets for 105 runs. Durani’s first wicket was that of Ken Barrington, whom he dismissed for 20. England managed to build some kind of a foundation thanks to their middle-order. But, Durani ensured that England did not come anywhere close to India’s total in the end. He picked up the wickets of Mike Smith, Peter Parfitt, Barry Knight and Geoff Millman, all of whom had got off to starts.

England fought back very well, cleaning up a strong Indian batting line up for 190 in the second innings. Again, Durani ensured that the English side remained on the back foot. Chasing a target of 338, England managed only 209. Durani’s scalps included Smith, Parfitt and Knight again. Earlier, he had dismissed opener Bob Barber, and finished the innings with figures of 4 for 72. The result made it clear that England, who traditionally struggle against spin, had no idea how to deal with Durani’sslow left-arm orthodox.

Other impressive performances in the Test

India’s first innings of 428 had plenty of impressive performances. Tiger Pataudi slammed 103 while Nari Contractor made 86. In the lower order, Bapu Nadkarni contributed 63 and Farokh Engineer 65. It was Vijay Manjerkar’s turn to shine in the second innings. He remained unbeaten on 85. Chandu Borde picked up three wickets in England’s second innings to help India’s victory march. For England, Mike Smith made 73 in the first innings while Barrington was the top scorer with 48 in the second. David Allen picked up three wickets for England in the first innings and Tony Lock grabbed six in India’s second innings.

Durani played 13 of his 29 Tests against England. He picked up 35 wickets in total, at an average of 32.91. The performance included two five-wicket hauls. All of Durani’s 13 games were played in India. With the bat, he scored 672 runs at an average of 30.54. Durani’s highest score against England was 90. Perceptibly, he had the talent to achieve a lot more. Even so, on days when he was at his best, like at Madras in 1962 with the ball, there was no stopping Durani.