155, 158, 257 – these are England’s scores with the bat in the last three ODIs against India which they ended up losing, perceptibly demonstrating that this is where they lost the series.

155, 158, 257 – these are England’s scores with the bat in the last three ODIs against India which they ended up losing, perceptibly demonstrating that this is where they lost the series. Coming at the back of the 325 they made in the opening game at Rajkot, which they won by a slender margin, this would be a huge disappointment. A lot of English hopes were raised following the close win the opening ODI, more so as it came at the back of an unbelievably radiant effort by them in the preceding Test series. It took only three games for all England desires to be thrashed though.

One on the key reasons why England couldn’t stand up to India’s challenge like they did in the Tests was because a number of their experienced batsmen could not rise to the occasion. Ian Bell, who had a forgettable Test series, had a great opportunity to prove his worth as ODI opener away from home. He began on a highly optimistic note top-scoring in the team’s win at Rajkot. Since that, however, he has been a total disappointment. Bell looked out of sorts even against an inexperienced line-up featuring the likes of Bhuvneshwar Kumar and Shami Ahmed. This isn’t the first time he has struggled for consistency, and unless he improves in the same, he will remain a sort of an enigma in English cricket.

It would be unfair to bracket Kevin Pietersen’s series as a failure. After all, he has registered scores of 44, 42 and 76 in three of the fours visits to the crease. But considering the fact that he is England’s most experienced and, more importantly, most dangerous batsman, a lot more was being expected of him. Had at least one of those knocks been turned into a hundred, the state of the series could have been different. Although cricket is a team game, KP’s individual brilliance has been enough at times to turnaround a seemingly hopeless cause in England’s favour. 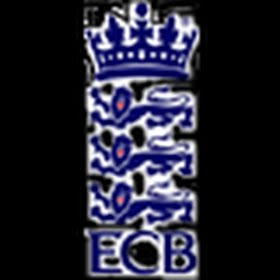 More than Pietersen or anyone else though, it has been the failure of Eoin Morgan that has been most disappointing from England’s point of view. The cheeky left-hander arrived in India with the reputation of being a dangerous ODI customer, which was enhanced by the success he tasted in tasted in the T20s that preceded the one-day series, when he guiding England to a memorable win in the second T20. He hasn’t been completely below par in the one-dayers, which has hurt England’s cause big time. When Morgan scores runs, he does so at a good pace, and is also an excellent runner between the wickets. Utilising these skills, he could have frustrated India. It wasn’t to be though. Craig Kieswetter’s lack of runs only made things worse.

The performance of the English batting might dent the reputation of some of the experienced players particularly when a rookie like Joe Root has shown the application to score runs under difficult circumstances. He, combined with skipper Alastair Cook, have been the only positives for England in the batting department, with one game still to play. India began this series on an all-time low, and England crumpled their confidence further by defeating them in the opening ODI. Yet againthough, they lacked the skill and aptitude to overcome challenging conditions.