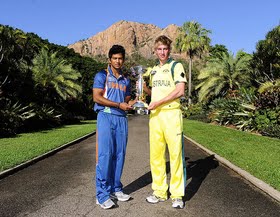 Man of the Series: Bosisto(Australia)

Unmukt Chand completed his 5th International hundread and 2nd one against Autralia with this.