Netherlands beat Zimbabwe by five wickets in match number 34 of the ICC Men’s T20 World Cup 2022 at the Adelaide Oval on Wednesday, November 2. While the Group 2 clash in the Super 12 round will not have any bearing on the semi-final qualification scenario, the Dutch did put up a commendable effort.

Batting first after winning the toss, Zimbabwe were bundled out for 117 in 19.2 overs. Sikandar Raza once again top-scored for the batting side with 40 off 24 balls, hitting three fours and as many sixes. Sean Williams contributed 28 off 23, but none of the other Zimbabwe batters got into three figures. 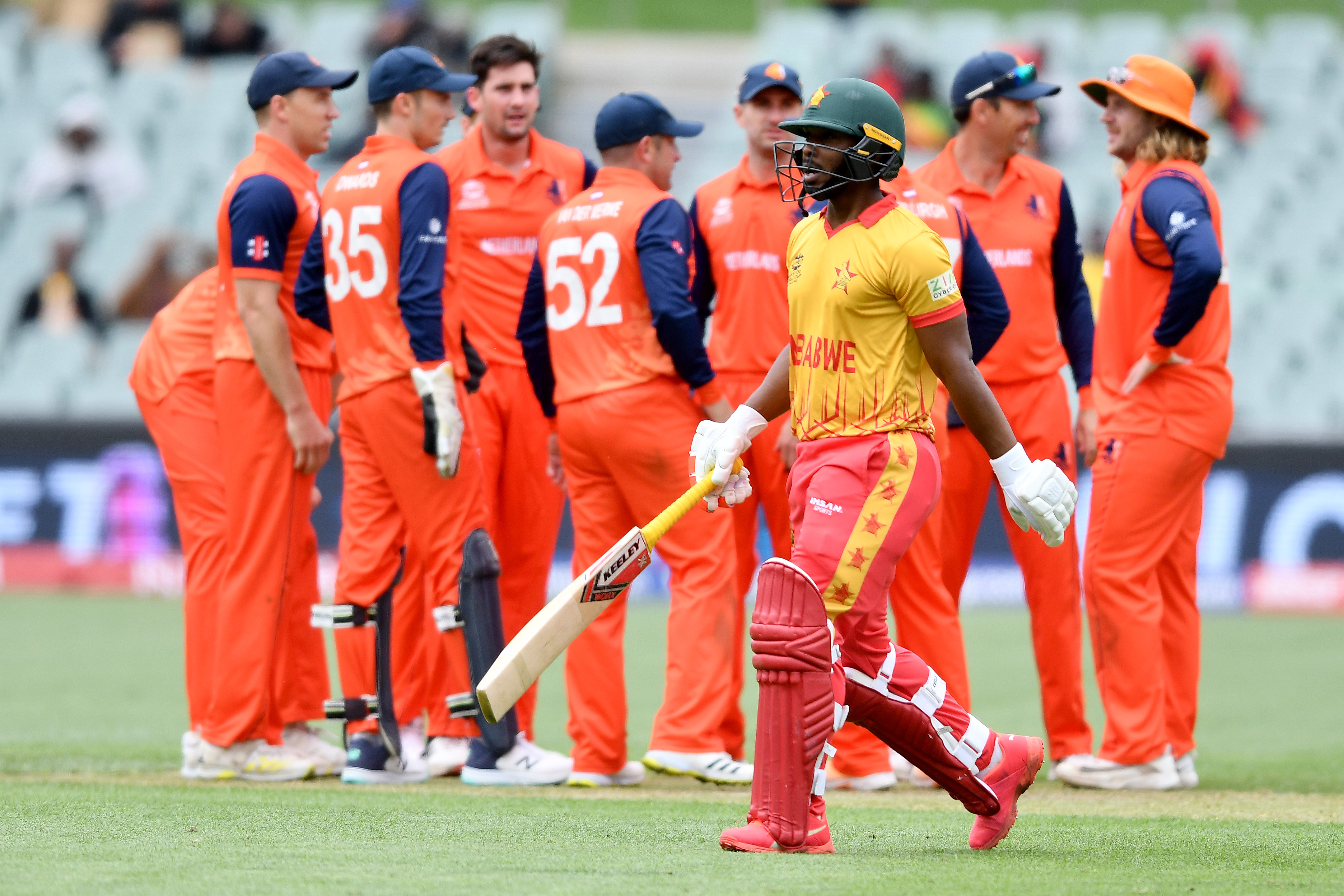 Zimbabwe’s innings got off to an extremely poor start as Wesley Madhevere was bowled by Paul van Meekeren for 1. Craig Ervine (3) then top-edged Brandon Glover and was caught by the keeper. Regis Chakabva (5), Milton Shumba (2) and Ryan Burl (2) all perished cheaply as Zimbabwe crumbled to 98 for 7 before eventually folding up for 117. For the Dutch, Van Meekeren claimed 3 for 29, while Brandon (2/29), Logan van Beek (2/17) and Bas de Leede (2/14) all came up with impressive efforts.

Defending 118, Blessing Muzarabani sent back Stephan Myburgh for 8. However, Max O’Dowd (52 off 47) and Tom Cooper (32 off 29) added 73 for the second wicket to firmly put the Dutch on path for a famous win. Colin Ackermann (1) and Scott Edwards (5) fell cheaply to give Netherlands brief jitters. However, Bas de Leede hit a run-a-ball 12 to take the team past the line. The winning runs came with a four off Williams struck down the ground.

Speaking after the famous win, Netherlands skipper Scott Edwards said, "Awesome. We came here to win some games at the Super 12. Good to get the ball rolling after a rocking start. Bowlers were sensational, the top four got us pretty close to the total too. Max has been sensational for the past 4-5 years. He rocks up at big occasions.”