The BCCI selection committee on Wednesday announced the India A squad for warm-up T20 tie against South Africa to be played at Air Force Ground in Palam, New Delhi on September 29, a few days before the India-South Africa series kicks off with three T20 matches.

Punjab's dashing batsman Mandeep Singh has been chosen as the leader of the 12-member outfit. Mandeep has excelled in the IPL in recent seasons and is seen as a highly potent weapon in the Indian domestic scene. Thus, his elevation to India A captaincy if only for one game will not come as a surprise to many. Though only a one-off game, Mandeep would be keen to impress with the bat, and put his name in contention for a place in national T20 squad for the World T20. 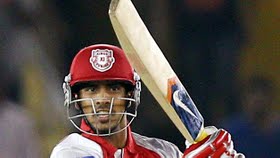 The other batsmen who have been selected include the opener Mayank Agarwal. His selection as the opener was almost a foregone conclusion as Agarwal has been in good form in the A games for India. Also, he has done reasonably well in the IPL as well. The selection of the other opener was somewhat debatable. Another Punjab batsman Manan Vohra has been picked to open with Agarwal in spite of the fact that he has had a poor domestic season and did not enjoy a lot of success in the IPL as well.

Speaking of the IPL, the middle order has been filled up with players who are regulars in the cash-rich Indian domestic league. Manish Pandey, who was on the tour to Zimbabwe, also finds a place in the middle order. He is also among the highly talented batsmen on the Indian domestic scene. Suryakumar Yadav, who has played some whirlwind knocks for KKR in the Indian Premier League (IPL) will be part of the batting outfit. The wicket-keeping duties will be done by Sanju Samson, who is also an excellent batting talent. Hardik Pandya, who showed some spunk for Mumbai Indians finishes the batting line-up.

Among the bowlers, Rishi Dhawan and Anureet Singh have been given the nod as the main pacers. Leg-spinner Yuzvendra Chahal, who has been a real find for Royal Challengers Bangalore and young chinaman bowler Kuldeep Yadav form part of the spin department completed by left-arm spinner Pawan Negi of Chennai Super Kings.