Every time in big finals, we make the same mistakes: Harmanpreet Kaur laments after CWG 2022 final loss to Australia

India Women’s captain Harmanpreet Kaur has lamented that the team makes the same mistakes in big matches again and again. The batter was reacting after India went down to Australia in the Commonwealth Games (CWG) 2022 cricket competition.

Chasing 162, India Women were well placed to clinch gold at 118 for 2. However, they collapsed under pressure, losing eight 8 for 34, and had to eventually settle for the silver medal. Harmanpreet top-scored with 65 off 43 while Jemimah Rodrigues scored a run-a-ball 33. However, their 96-run stand was in vain as India Women failed at the final hurdle again.

Speaking after the tough loss, Harmanpreet admitted, "Every time in big finals, we make the same mistakes again and again [with the bat], that is something we have to improve." 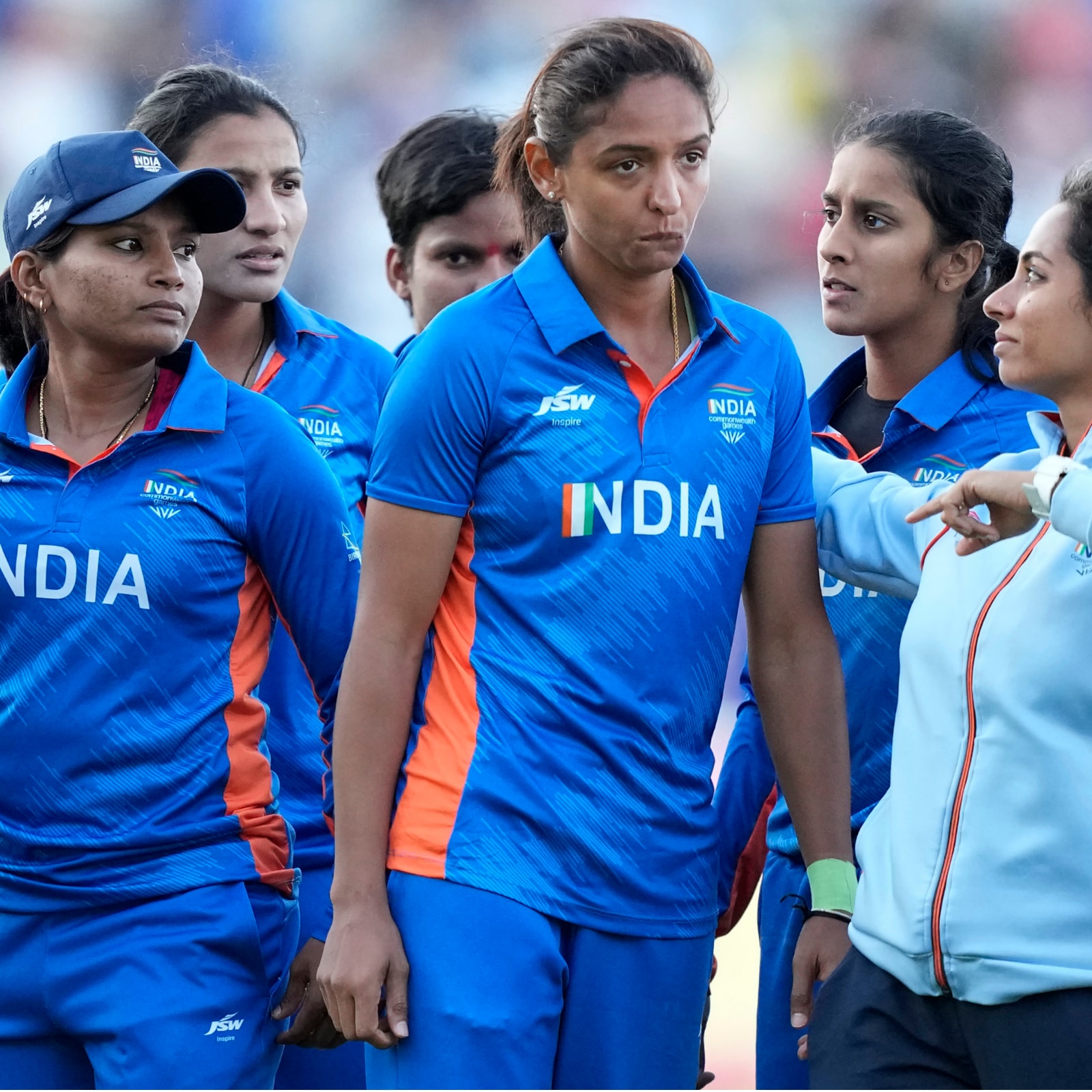 She added, "We don't do these mistakes in the league phase or in bilateral. That is blocking our mind somewhere. I am someone who is always looking for one more batter in the side. Unfortunately, we're working on that. Once we get that, this thing [collapsing] will go away.

"After losing two crucial wickets, the way Jemi and I batted was much needed at that time. You need to hold your nerves. We were nearly there. Maybe if Pooja [Vastrakar] or I were around, we could've won the game. But that is part of the game; sometimes some things you can't control. It is great learning for us," she added.

Before stumbling with the bat, India Women did a great job in the field to restrict Australia to 161 for 8. They were brilliant in the field, affecting run outs and picking up sharp catches. Speaking about the same, she said, "If you want to beat this Australian team, you have to field well. If you give them easy runs, they can easily take the game away. We discussed it in the team meeting and Radha set the example for us.”

While India Women could not end the tournament on the high, they did impress right through and deserved a medal. Concluding her thoughts, Harmanpreet said, "I know we could've easily won gold, but something is better than nothing, at least we got silver. We deserved it for so much hard work. If not gold, we're satisfied with what we got today.

"[As a team] we are on the right track, we just need to keep working hard. As Lanning said, we're not far from dominating across formats. We are improving as a team and time is not far when we will start winning back-to-back," she signed off.