The giants of Ranji Trophy

The latest season of India’s premier domestic competition is underway. And while the trophy is looked at by many as their ticket to international cricket, there are some who do not make the transformation despite years of toil on the domestic scene.

The latest season of India’s premier domestic competition is underway. And while the trophy is looked at by many as their ticket to international cricket, there are some who do not make the transformation despite years of toil on the domestic scene. Here are a few cricketers, who would consider themselves unlucky to have never played for India in spite of some stellar efforts year after year. 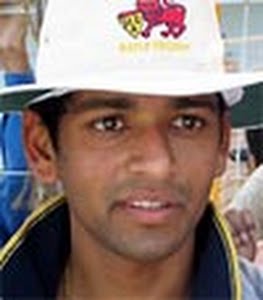 Amol Muzumdar: The legendary Mumbai cricketer, who shifted to Andhra Pradesh recently, is possibly the unluckiest of the lot. Having made his debut way back in the 1993/94 season with a sensational 260, Muzumdar represented Mumbai with great distinction for over a decade and a half. In a career that has spanned 158 first-class games till date, Muzumdar has accumulated over 10,000 runs at a highly impressive average of 47.67, with 25 hundreds and 58 fifties. Heeven led Mumbai with reasonable success and, at one point of time, was the Rahul Dravid of Mumbai cricket. It remains a mystery why Muzumdar never got an opportunity to represent India. The only possible reason could be that one Dravid was enough for India.

Amarjit Kaypee: The name won’t ring a bell in Indian cricket fans. For the record, Kaypeeplayed 117 first class games, scoring 7894 runs at an amazing average of 52. His career stats included 27 tons and 34 fifties, with a highest of 210 not out. Most of Kaypee’s runs came for Haryana although he also played for Punjab in his early years. Kaypee was known as a dedicated cricketer on the domestic circuit. In a cruel coincidence, it was Kaypee’s record for most runs in Ranji Trophy that Muzumdar broke; neither of them played for India

Surendra Bhave: He was a giant of Maharashtra cricket in every sense. Having made his debut in the 1986 season, Bhave rarely went through a lean spell during his 15-year-long career. In 97 first-class games, Bhave amassed 7971 runs, averaging 58.18 with more hundreds than fifties; 28 as opposed to 27. His highest score was also a magnificent 292. The closest Bhave came to representing India was in 1992, when he was selected for the A side. Though he was never found good enough to represent India, he was appointed a national selector in 2008!

Rajinder Goel: Another classic case of being the best in domestic cricketyet finding no place in international cricket. The slow left-arm orthodox bowler played first-class cricket from 1958 right up to 1985, having represented Patiala, Punjab, Delhi and Haryana. His career spanned 157 matches in which he picked up an unprecedented 750 wickets, with a best of 8/55. There were 59 five-wicket hauls and 18 ten-wicket innings. None other than Sunil Gavaskar has said in a book that Goel was really difficult to face. Can there be a bigger tribute?

Kanwaljit Singh: An unassuming right-arm off break bowler, he went about his task without any fuss. Representing Hyderabad for over 20 years, from 1980-2001, Singh claimed 369 wickets in 111 matches, averaging an impressive 28.24. Singh’s career featured 21 five-fors and 4 ten-wicket innings hauls. Sadly, he never came close to India selection.