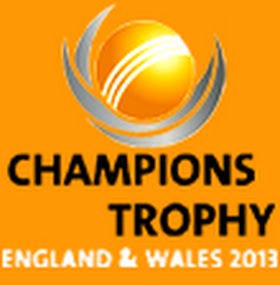 Australia were in trouble batting first under overhead conditions. Mitchell McClenaghan claimed the big wicket of Shane Watson (edging an away swinger to the keeper) and Phil Hughes was run out by Martin Guptill to have the Aussies wobbling at 10 for 2. Kyle Mills bowled beautifully at one end seaming the ball around but with no rewards and the Aussies slowly got on track with a solid 3rd wicket stand between opener Matthew Wade and Skipper George Bailey.

It was in the 19th over that the Kiwis broke a promising 64-run stand with Wade (29 from 57 balls) missing a flick across the line to a straighter one from Nathan McCullum to be out lbw. Australia got another good partnership going this time between Bailey and Voges which laid the platform for their innings. Bailey departed after a workman like knock of 55 from 91 balls. The Aussie Skipper was bowled round his legs by Nathan McCullum in the 35th over in an attempted sweep.

Voges consolidated his team with a well paced knock of 71 from 76 balls with 7 fours but got out early in the slog overs. Australia lost their way losing four wickets in the slog overs and a cameo of 29* from 22 balls from Glenn Maxwell helped them to recover slightly to 243 for 8. For the Kiwis, McClenaghan took 4 for 65. Daniel Vettori bowled 10 overs conceding only 23 runs to strangle the Aussies.

New Zealand chasing 244 lost a confident Martin Guptill in the 4th over when he slashed a length ball from Clint McKay to point. In the 8th over, McKay struck again with Luke Ronchi edging an upper cut to an agile Watson at gully to leave the Kiwis at 26 for 2. Rain stopped play just before the start of the 16th over with the pair of Kane Williamson (18* from 37 balls) and Ross Taylor (9* from 23 balls) in the middle of a decent partnership.

Toss and Teams: Australia have won the toss and elected to bat first in their do-or-die match against the Kiwis at Edgbaston in Birmingham. A defeat for Australia will eliminate them from the tournament. It is a chilly day at Birmingham with every possibility of showers.

Australia have made a couple of changes with Glenn Maxwell and Xavier Dohery replacing David Warner and Mitchell Starc. Warner has been suspended by the team management following an alleged altercation with England’s Joe Root in a bar. New Zealand who just scraped through a 1-wicket win over Sri Lanka have made no changes to their XI.