West Indies clinched the ICC World T20 2012 after outplaying hosts Sri Lanka in a one-sided contest at the R Premadasa Stadium in Colombo. Sri Lanka needing only 138 to chase made a complete mess because of the soft approach from its top order.

West Indies clinched the ICC World T20 2012 after outplaying hosts Sri Lanka in a one-sided contest at the R Premadasa Stadium in Colombo. Sri Lanka needing only 138 to chase made a complete mess because of the soft approach from its top order. The hosts ended up way short of the target with wickets going down once the asking rate got tougher and tougher. Sri Lanka were disappointingly bowled out for 101 in 18.4 overs with Sunil Narine taking 3 for 9 (in 3.4 overs) and the other bowlers chipping in as well. 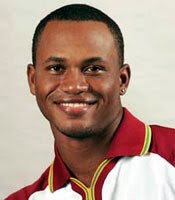 There was no doubt that it was the 2nd wicket stand between Skipper Mahela Jayawardene (33 from 36 balls) and Kumar Sangakkara (22 from 26 balls) screwed up the run chase big time by going into their shells. The sad part was that the two veterans got out at the wrong time and thus failing to cover up for their slow strike rates.

Earlier, West Indies faced a similar situation as their first 10 overs yielded nothing significant. Chris Gayle flopped as he faced 16 balls to score just 3 before getting out lbw to Ajantha Mendis. Marlon Samuels single-handedly got the West Indies moving ahead with a brilliant knock of 78 (from 56 balls with 3 fours and 6 sixes). The Jamaican was very severe on Lasith Malinga, who had an off day, going for 54 runs in 4 wicketless overs. Skipper Darren Sammy provided a perfect flourish through his cameo of 26* (from 15 balls with 3 fours).

For the Lankans, Ajantha Mendis produced magical figures of 4-012-4. Angelo Mathews played an important role at the start of the West Indian innings. He finished with figures of 4-1-11-1.

The Player of the Match award went to Marlon Samuels, who not only scored 78 but backed it up with outstanding bowling figures of 4-0-15-1. The Player of the Tournament went to Australian all-rounder Shane Watson.

Toss and Teams: Darren Sammy has won the toss and West Indies have opted to bat first in the ICC World T20 2012 Final against hosts Sri Lanka at the R Premadasa Stadium in Colombo. Both the teams are eyeing their maiden ICC World T20 Title.

West Indies have retained the same XI that crushed Australia in the Semis. Sri Lanka have made one debatable change with rookie Akila Dananjaya coming in for Rangana Herath, the star of their Semi Final victory against Pakistan.