Yesterday I was flabbergasted to read that the Indian Bowling coach, Joe Dawes, is of the considered view that his bowling unit is on the right track, and that Zaheer Khan is among the top six pacers operating today.

Yesterday I was flabbergasted to read that the Indian Bowling coach, Joe Dawes, is of the considered view that his bowling unit is on the right track, and that Zaheer Khan is among the top six pacers operating today. Cricket fans the world over often exhibit some degree of irrationality when it comes to their home team and Indian fans are no different, but it is surprising to know that such delusion has also permeated the ranks of the coaching staff. 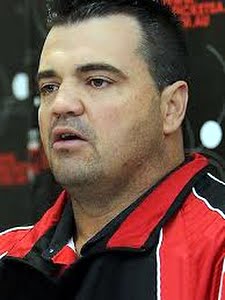 It is probably instructive that Dawes was speaking to the BCCI website, and this was just a case of the employee presenting the best case possible to his employer. After all, he could hardly tell his bosses that he was making no progress, and that India’s bowling cupboard is actually bare when it is his job to stock it with viable options.

But if Dawes is to set his charges on the right track then any assessment of the current situation has to be anchored in reality. Bear in mind that his statements were made against the backdrop of England compiling a score of over 500 runs after dismissing India for 316. Despite conditions much to their liking in the first two tests, and even with the added advantage of winning the toss on both occasions, India could hold the visitors to under 400 in only their first innings of the series.

The ball turned square at the Wankhede Stadium, yet the three Indian spinners -- who were supposed to revel in that handpicked environment -- were schooled by Swann and Panesar. Whereas Harbajhan, Ojha and Ashwin got the nine English wickets to fall to bowlers for 410 runs, 45.5 runs each, Panesar and Swann took 19 Indian wickets at 17 runs apiece.

Ashwin and Ojha completely dominated New Zealand and the West Indies when they recently travelled to India, but both sides are near the bottom of the test rankings and dominating them in home conditions mean little in the grand scheme of things. Ashwin did not do as well when faced with a more challenging test on the tour to Australia, where he achieved little, picking up nine wickets at the expensive cost of 62.77 runs.

If India is comfortable residing near the bottom of the test pile while maintaining the ability to beat up on inferior opposition in their backyard then that’s fine, but that cannot be their ambition. Better then to see the cricketing world as it is and develop strategies to reach and maintain a high level of performance. Self-serving statements about a bowling unit that is nowhere near the level it should be serves no useful purpose, unless it is just to assuage the concerns of your employer.

Saying, for example, that Zaheer Khan is one of the six best bowlers going around is a sizeable stretch. At his best he is a highly skilled swing practitioner, but he has not been at his best for a while and his figures bear witness to this fact. He did look an improved bowler in this third test, but India needs a consistent supply of wickets from its foremost fast bowler if she is to contend with the best in all conditions.

The Queenslander also mentioned that the selectors are in the process of identifying a pool of bowlers to be invested in for the future. This should be undertaken as a matter of urgency, as without a fit and formidable cadre of bowlers -- fast bowlers especially -- they will struggle to take 20 wickets in tests. India has to accept that their bowling is nowhere close to where it needs to be. No amount of wishful thinking will change that.