Suresh Raina has dismissed talks of Chennai XI (CSK) being an 'aged team' in Indian T20 Cricket' 2018. On the contrary, he feels experience matters a lot as well.

"People have been saying that our team is quite aged, but you need experience. All credit goes to Dhoni as you can see he is playing freely. In the IPL, he has shown that he can still play very well despite being 35-36," Raina was quoted as saying in an ANI report. 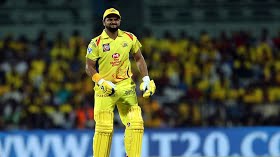 CSK have a number of players like Mahendra Singh Dhoni and Harbhajan Singh, who all are over well past the 30s. Then, there is Imran Tahir, who is reaching 40.

Raina also asserted the team is keen on winning IPL 2018. "Nobody remembers the runner-up. Everybody looks up to the winner. If we win this time, then the harsh memories of the finals that we lost in previous editions of IPL will go away," Raina went on to say in the ANI report.