Dhoni and co with face a sterner challenge in Tests

Before the one-day series kicked off in South Africa, Indian skipper MS Dhoni had stated that playing the one-dayers ahead of the Tests would prepare them better for the Test challenges ahead.

Before the one-day series kicked off in South Africa, Indian skipper MS Dhoni had stated that playing the one-dayers ahead of the Tests would prepare them better for the Test challenges ahead. However, looking at the way the Indians have performed in the two matches, and even the one rained out, the signs aren’t too positive. Of course, Dhoni has maintained even after the ODI series loss that they would take the few positives into the Tests, and that they are better prepared for the Test matches since they have been in South Africa for a while now. 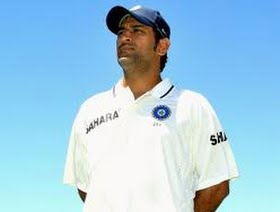 As much as Dhoni may look to sound optimistic, the fact that is that his side faces a herculean task in the short two-Test series. The fact that their only practice match was rained out has made matters tough for them, but the real deal for India in the series to get underway. And the fact that they struggled against the South African pace in the one- dayers would have made the Proteas fast bowlers smell blood. Unlike, in the shorter version of the game, there would be no restrictions on the bowlers going for the Indian batsmen’s throat, and this will test their mettle without doubt.

The Indians may have had a very impressive run in 2013, but as mentioned many times before, if you take away the Champions Trophy, most of their wins have come at the comfort of home in both ODIs and Tests. This is precisely why it was so important for India to show some fight in the one-dayers in South Africa. Although only two games were completed, the Indians were completely outplayed in both the matches, which doesn’t augur well for the future of some talented players.

Since India were so meek in the one-dayers, South Africa would now go all out to bring the Indians down in the Tests as well. After all, the hosts are the number one side in the five-day version. India do have a number of talented batsmen in their midst, but experience also counts a lot in countries like South Africa. This is why every member of the Indian batting outfit would be under the scanner. Shikhar Dhawan, Rohit Sharma and Cheteshwar Pujara are being seen as the big three of Indian cricket in the future, and how they stand up against Steyn and co will tell us what stuff they are made of.

The series will also be extremely crucial for Virat Kohli. He has established his credentials in the shorter format, and has got a couple of crucial hundreds in the five-day format as well, including one in Australia. But, Kohli did seem a little out of sorts in the one-dayers that India featured in prior to the Tests. He was surely uncomfortable against the short ball, like most batsmen are. But, the South African bowlers would be after him, since they would be well aware that he is the most dangerous of all Indian batsmen, if he gets going.