2nd T20: Can Tillakaratne DIlshan bow out on a high?

And so here we are. After nearly 17 years since his international debut in 1999, Sri Lankan legend Tillakaratne Dilshan will quit the game after the second T20 at Colombo

And so here we are. After nearly 17 years since his international debut in 1999, Sri Lankan legend Tillakaratne Dilshan will quit the game after the second T20 at Colombo. The retirement could be seen coming. Dilshan had not toured England due to private reasons. And in the ongoing series against Australia, he has been nowhere near his best. He got into the 40s in his farewell ODI, but otherwise it has been a clear case of a player well past his prime. For one last time though, Dilshan would like to turn the clock back, as Sri Lanka head into battle on Friday. 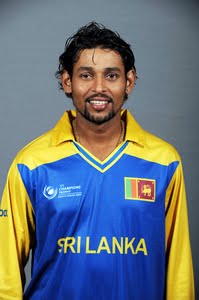 The task for Sri Lanka will not be easy at all in the wake of what they were subjected to in the first T20 a couple of days back. Glenn Maxwell literally toyed with the Lankan bowling, giving a few records a run for their money on the way. Maxwell isn’t a consistent performer, which was he was dropped from the ODIs earlier. Even his effort in the domestic games back home was less than impressive. But, Maxwell is such a big impact player that he can come into his own anytime.

Having earlier won the ODIs comprehensively, the Aussies will now look to claim the T20s 2-0. There will be a few forced changes to the side. Aaron Finch will miss the second match as well due to a broken finger while George Bailey, the star of the one-dayers, has gone back home. As a result, Matthew Wade will feature in the match as a specialist batsman. Australia will seek better contributions from the likes of David Warner, Usman Khawaja and Moises Henriques. With an unsettled batting line-up Sri Lanka will hope to trouble Australia.

Sri Lanka though have problems of their own to deal with. The bowling was treated with utter disdain in the first T20. Kasun Rajitha, who was carved all over the park, must have lost some confidence, and could be replaced by Dasun Shanaka, who has mostly done well when given opportunities. Also, Milinda Siriwardana could come in, in place of Sachithra Senanayake. It would also be important for the likes of Suranga Lakmal and Sachith Pathirana to come up with better efforts with the ball. Overall, Sri Lanka would want a sea change in fortunes from the previous game.

Apart from Dilshan, Sri Lanka will want a number of their other batsmen to stand up and fire. Kusal Perera, the other opener, will be expected to make runs. The likes of Dhananjaya de Silva, skipper Dinesh Chandimal and Kusal Mendis would be expected to get among the runs as Sri Lanka hope to square the two-match T20 series. Lower down the order, Thisara Perera and Chamara Kapugedera must contribute for the team’s cause. All in all, Sri Lanka will be expected to go all out in their endeavour to give Dilshan a memorable farewell match.