In numbers: The shocking struggles of Ross Taylor

Former New Zealand captain Ross Taylor has had a terrible tour of India. He averages in the healthy 40 plus in both the Test and the ODI format, but has failed to reach fifty even once on this tour irrespective of the format

Former New Zealand captain Ross Taylor has had a terrible tour of India. He averages in the healthy 40 plus in both the Test and the ODI format, but has failed to reach fifty even once on this tour irrespective of the format. In fact, ever since the last Test in Zimbabwe, when Taylor smashed unbeaten knocks of 124 and 67, he has been having a struggling time. He failed miserably in the Tests in South Africa as well. Here’s a look at Taylor’s failures in numbers since the start of the South African tour.

2 not out vs South Africa at Durban (August 2016): There was nothing much Ross Taylor could do at Durban as the match was marred by poor weather conditions. He was unbeaten on 2 when no further play was possible. 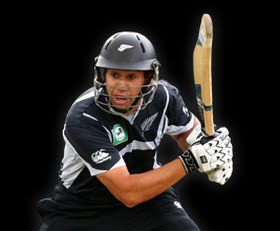 1 and 0 vs South Africa at Centurion (August 2016): This is where the trouble began for Taylor. He was run out for 1 as New Zealand crumbled to 214 in response to South Africa’s 481. In the second innings, Taylor was trapped lbw by Dale Steyn for 0 as New Zealand lost the Test by 204 runs.

0 and 17 vs India at Kanpur (September 2016): Taylor was out lbw to Ravindra Jadeja without scoring in the first innings, and was run out for 17 in the second innings as New Zealand, chasing 434, folded up for 236.

36 and 4 vs India at Kolkata (September 2016): Taylor finally got a start in the first innings, but on 36, he became one of Bhuvneshwar Kumar’s five victims. New Zealand were chasing 376 in the second innings, but Taylor was undone by Ravichandran Ashwin for 4, New Zealand losing by 178 runs. Taylor led the team in Kane Williamson’s absence.

0 and 32 vs India at Indore (October 2016): Taylor’s terrible form continued as he was caught off Ashwin for a duck in the first innings. In the second innings of the Test, he tried to hit out, but was cleaned up for 32 off 25 by his nemesis Ashwin again. New Zealand lost the Test by 321 runs, and the series 3-0.

0 vs India at Dharamsala (1st ODI): Taylor’s poor run continued even as the format changed. He was caught behind off Umesh Yadav first ball. New Zealand managed only 190 batting first, and lost the match by six wickets.

21 vs India at Delhi (2nd ODI): The ex-skipper spent some time in the middle, and got to 21 from 41, before he was undone by Amit Mishra. Kane Williamson’s hundred however saw the Kiwis win.

44 vs India at Mohali (3rd ODI): Taylor’s best knock on the tour came at Mohali. His knock was fluent one, but he was stumped by Mishra with an excellent ball. India won by seven wickets.

35 vs India at Ranchi (4th ODI): As the Kiwis crumbled, Taylor held one end up in his sedate 35. But, not for the first time in the series, was run out. Kiwis’ spirited bowling saw them through to an inspiring victory though.