Had it been a bigger series, we could have played them: Hardik Pandya on benched players during T20I series vs New Zealand

India's stand-in captain Hardik Pandya opened up on the decision to bench Sanju Samson and Umran Malik during the three-match T20I series against New Zealand. While admitting that those missing out are bound to feel bad, he backed the management’s tactics, pointing out that it was only a three-match series. He also assured that players will get enough chances in the future.

The Men in Blue won the three-match series against the Kiwis 1-0 after the third game in Napier ended in a tie (on DLS score). The visitors clinched the series, having won the second T20I by 65 runs. India bowled first in the third T20I and held New Zealand to 160. They were 75/4 in the chase after nine overs when rain forced the match to be called off.

Speaking at a press conference after the match, Pandya shared his views on some players not getting chances. He explained, "Had it been a bigger series and not three games, we could have played them. But I don't believe in chop and change in a short series and going forward also that will be my philosophy," Pandya said. 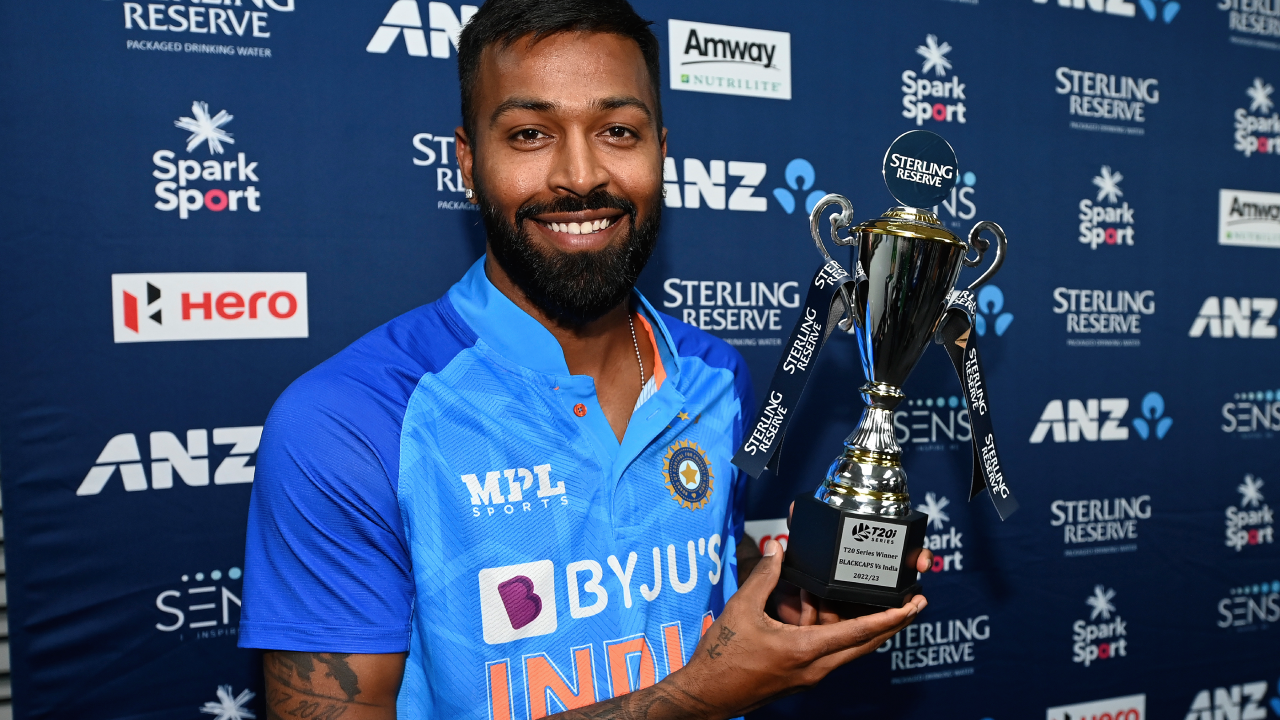 "It's not difficult to handle the situation where players feel security. I share a cordial rapport with all players and the players I am unable to pick, there is nothing personal and even they know it. It is because of the combination I am not able to play them," he added.

Terming himself a people's man, the 29-year-old asserted that his doors are always open for anyone to come and have chat with him. He admitted, “I understand their feelings. Sanju Samson is an unfortunate case. We had to play him but for some strategic reason, we couldn't play him.

"I can understand that if I stand in his shoes that even if you are continuously benched for India. It is difficult, as much as I speak to them, it's no consolation for not playing, but at same time, if I can repeat the point and keep healthy atmosphere, it's fine," he continued.

During the interaction, Pandya also opened up on the possibility of him taking over as full-time T20I captain from Rohit Sharma. Responding to views from Sunil Gavaskar or Ravi Shastri, who see him as captaincy material, he said, "If people are saying, you feel good about it but till something happens, you can't say.

“To be honest, my thing is simple, if I do one match or one series, I will lead the team my way, how I see and perceive the game. Whenever I am given the opportunity, I will always go out and play the brand of cricket I know,” Pandya concluded.