Stunned after being upset by an inexperienced but resolute outfit at the Gabba, Australia head coach Justin Langer lauded the Indians for their spirited performance. He also stated that Australia learned a harsh lesson from the stinging defeat - never underestimate the tough players from India. The Indians lifted the Border-Gavaskar Trophy 2-1 despite losing most of their senior players to injury, and after being rolled over for an embarrassing 36 in the first Test at Adelaide.

Speaking to Channel 7 after the conclusion of the Border-Gavaskar Trophy, Langer said, “It was an incredible Test series and in the end there is always a winner or a loser. Today Test cricket is the winner. It’s gonna hurt us big time. India deserved full credit. They have been outstanding but we have learnt lessons from it.”

On the lessons Australia will take from the loss, the coach added, “First, you can never take anything for granted, second never ever, ever underestimate the Indians. There are 1.5 billions Indians and if you play in that first eleven you got to be really tough, don’t you?” 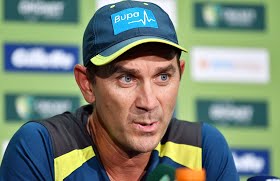 “I can’t compliment India enough. They haven’t gone away after that first Test match which we won in three days, bowled them out for 30 odd. For them to fight back like they did is amazing, credit to them. The big lesson for us is that you can’t take anything for granted. India never got away,” Langer said.

India chased down a record 328 at the Gabba to clinch the series 2-1. Rishabh Pant (89 not out off 138 balls) led the way for the visitors. “It was an amazing effort. (Rishabh) Pant’s innings somewhat reminded me of Ben Stokes’ innings in Headingley actually. He came in, he was almost fearless and he will be lauded because of it. It was an unbelievable innings,” Langer said while praising the Indian wicket-keeper’s innings.

“I thought young (Shubman) Gill (91) batted very well. Their young bowling attack kept us under pressure throughout the match and as I said India deserve full credit,” the Aussie coach conceded.