Mohammad Akram has a herculean task as Pakistan bowling coach

An ex-fast bowler, who has played only nine Tests and 23 ODIs for his country, and has less than 50 international wickets to his credit, cannot be viewed as the ideal candidate for the post of bowling coach of a Test playing team.

An ex-fast bowler, who has played only nine Tests and 23 ODIs for his country, and has less than 50 international wickets to his credit, cannot be viewed as the ideal candidate for the post of bowling coach of a Test playing team. However, as the former Pakistan pace bowler, and now their latest bowling coach, Mohammad Akram explained about his appointment to the media, “I am a Pakistani, who has played all around the country, understand the problems that exist in Pakistan cricket, and also know what needs to be done.”

How much his nationality helps his cause only time will tell, but it is a fact that he has a slight advantage over some foreign bowling coaches, knowing very well how the game is run in the country. Also, his past record as a cricketer should not be seen as an impediment in his prowess as a bowling coach. Just a like a great player need not necessarily be an excellent coach or umpire, so also there is no guarantee that an unsuccessful player will fail as a coach as well. Dav Whatmore wasn’t a world class cricketer, yet he has gone on to become a top notch coach, and Dave Shepherd was an average batsman, who went on to become among the greatest umpires ever. 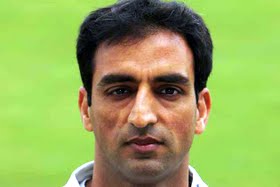 Even though Akram has only been given a 12-month term for a start, it should be enough to demonstrate whether he is good enough to contribute to the team in the capacity for a longer duration. The job will be a massive test for the former pace bowler since Pakistan’s fast bowling cupboard seems empty for a change. Umar Gul, their best bowler in recent times, is struggling to find his rhythm while Mohammad Sami’s umpteenth comeback to international cricket has also been a failure. As such, Akram only has inexperienced guys like Aizaz Cheema and Junaid Khan to work with since the talented names like Mohammad Asif and Mohammad Amir have kicked themselves in the foot by taking part in spot-fixing.

Akram will be lucky to have head coach Whatmore by his side, but his task will still be a herculean one. After all, he will be handling the most unpredictable bunch of guys in international cricket. As Akram has himself mentioned, he has been part of this Pakistani set up as a player, so he is well aware of the problems that exist. Knowing alone is not enough though. He must bring that experience into practice, and try and win over the confidence of the players, and the management.

It is no secret that Akram wasn’t the preferred choice for the job, and coaxed the PCB into giving him an opportunity since they weren’t finding a suitable replacement for Aaqib Javed. In the next twelve months, Akram will have to prove that he is the man for the job, else the PCB could start looking elsewhere.