KKR vs MI Preview, Live Scores: Kolkata Knight Riders will take on Mumbai Indians in match number 51 of the Indian Premier League at the Wankhede Stadium in Mumbai on Thursday. Having been literally smashed by AB de Villiers and Virat Kohli on Sunday

Kolkata Knight Riders will take on Mumbai Indians in match number 51 of the Indian Premier League at the Wankhede Stadium in Mumbai on Thursday. Having been literally smashed by AB de Villiers and Virat Kohli on Sunday at this same venue, Mumbai would be keen to get their act back on track. More importantly, they must win to stay alive in the competition. With Rajasthan, Hyderabad, Bangalore and Mumbai all running neck and neck, the latter cannot afford to slip again. In contrast, Kolkata are comfortably placed with 7 wins from 12 matches. 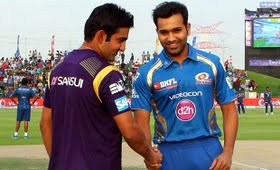 If Mumbai want to look at the positive side of things, they can easily conclude that de Villiers' innings on Sunday was a freak one, about which nothing much could be done. At the same time, it cannot be denied that the pasting would have dented Mumbai's confidence. Lasith Malinga and Harbhajan Singh will have the responsibility to bring things back on track against Kolkata, but it wouldn't be an easy job as the visitors have a strong batting line-up. Vinay Kumar also needs to provide him better support. The left-arm spinner Jagadeesha Suchith has been decent but not impactful.

As for their batting, Mumbai have a strong line-up, but consistency isn't something they have always found. Lendl Simmons is the one batsman who has scored runs at will, but apart from one half-century against Kings XI Punjab, his opening partner Parthiv Patel hasn't done much. Skipper Rohit Sharma got off to a great start in this edition, but he has been a disappointment since, and hasn't helped his cause by constantly moving up and down the order. Mumbai would want more out of him. Ambati Rayudu has hit form and, lower down the order, his and Kieron Pollard's effort would be crucial.

Kolkata, on the other hand, are a confident lot. After the setback against Bangalore in a rain-shortened game, they have recovered well. Although they were dealt with a major setback early in the season, when Sunil Narine was again called for a suspect action, they have handed the situation calmly. Of course, it has helped that they have ample of quality slow bowling options in Brad Hogg, Piyush Chawla and Johan Botha, with Yusuf Pathan chipping in as the support spinner. Most importantly, Narine has come into his own in the last two matches. And, we haven't even mentioned about Umesh Yadav, who has been consistently picking wickets at the top.

Their batting hasn't been exactly consistent, but they are aided by the fact that they have plenty of options in this department. Robin Uthappa and Gautam Gambhir have taken turns to shine, and it is time, they succeed as a pair. Andre Russell clearly has been their knight in shining armour with his big hitting skills, which he has displayed consistently. Suryakumar Yadav and Manish Pandey have also exhibited their talent, but they need to do more. Considering their all round talent, Kolkata have a definite edge over Mumbai, but with home support, the hosts would look to surge ahead.