Muttiah Muralitharan was the one spinner who troubled batsmen around the world: VVS Laxman

Former India cricketer VVS Laxman has hailed Sri Lanka’s spin bowling legend Muttiah Muralitharan, describing him as someone who troubled batsmen all over the world, irrespective of the conditions on offer. Muralitharan was named as the Greatest Of All Time (G.O.A.T) among bowlers by a 50-member jury put together by Star Sports. Murali beat fellow legends like Shane Warne, Dale Steyn and Glenn McGrath to win the honour.

Speaking on Star Sports' show Cricket Live, Laxman revealed that batsmen used to fear facing Murali at his peak. He said, "I was privileged to be against all these greats of the game. Steyn, for someone who could swing the ball, not only the conventional swing but also the reverse swing, used to suffocate you and get you out. The presence of Shane Warne had on the cricket field was just unbelievable." 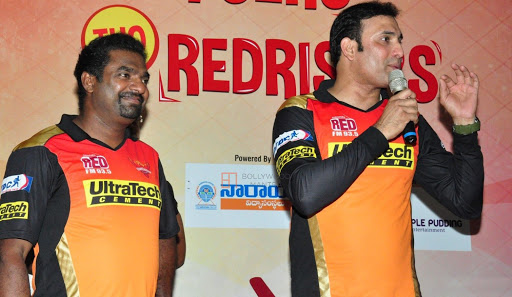 According to Laxman, Murali achievements were beyond numbers because of the mental impact he had on the batsmen. "It is not only about statistics, and also not just the number of wickets. He has got 800 Test wickets is a big achievement, the way he bamboozled batsmen. I could see the fear in the eyes of the batsmen when facing Muralitharan," Laxman further continued.

Former Indian batting coach Sanjay Bangar pointed out that Muralitharan didn't have great support from the other end, barring left-arm seamer Chaminda Vaas. He thus single-handedly did most of the damage for his team. Bangar explained:

"I thought Anil Kumble would feature in the list because he's somebody who's won a lot of matches for India, 619 Test wickets. And doing that without the ability of a Shane Warne or without variation and guile of somebody like a Muralitharan, it was a phenomenal achievement for Anil and for India," said Bangar.

"But I will have to give it to Muttiah Muralitharan purely for the reason that he didn't have the luxury of some pressure being applied from the other end except for somebody like Chaminda Vaas, he had to do it all alone. I think for that particular reason, for having the record alone for having shouldered the responsibility of an international attack, it has to be Muralitharan," he added.

Muralitharan claimed 800 wickets in 133 Test matches and 534 in 350 ODIs. He is the leading wicket-taker in both formats of the game.