Deepak Hooda became only the fourth Indian batter to smash a T20I ton after Suresh Raina, Rohit Sharma and KL Rahul on Tuesday (June 28). The big-hitter smashed 104 off 57 balls in the second T20I of the two-match series against Ireland at The Village in Dublin. Hooda and Sanju Samson (77 off 42) added 176 runs for the second wicket, the highest-ever partnership for India in T20Is. India put up a mammoth 225 for 7 batting first. However, Ireland gave them a close run, in the end falling just short.

India lost Ishan Kishan for three after winning the toss and taking first strike. However, Hooda and Samson were brilliant after that. The former hit nine fours and six sixes, bringing up his 100 off 55 balls. At the other end, the Kerala batter struck nine fours and four sixes in his maiden T20I fifty. After the two well-set batters were dismissed, India lost a few wickets in a hurry. However, they still finished above the 220-run mark. 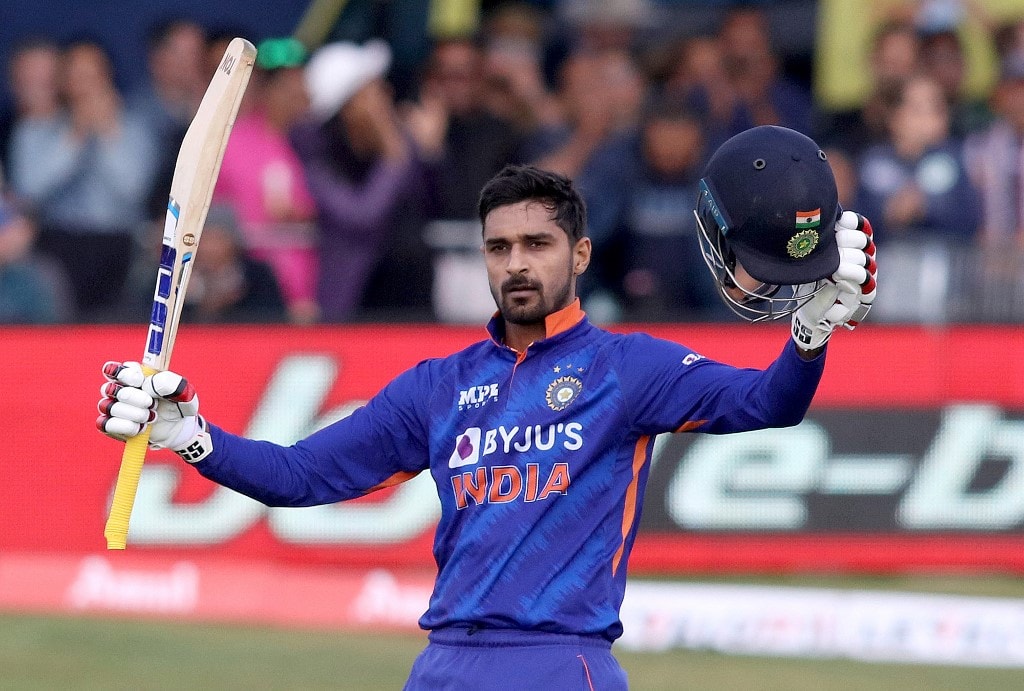 In the chase, Ireland openers Paul Stirling (40 off 18) and captain Andrew Balbirnie (60 off 37) added 72 for the first wicket in 5.4 overs. Stirling smashed five fours and three sixes while Balbirnie hammered three fours and seven maximums. Even after the duo were dismissed, Harry Tector (39 off 28), George Dockrell (34* off 16) and Mark Adair (23* off 12) carried on the fight for Ireland till the very end. They needed 17 off the last over, but Umran Malik held his nerve to seal victory for the visitors.

Speaking after the narrow win, India captain Hardik Pandya credited Ireland and said, “They played some amazing shots, they batted very well, credit to them and credit to our bowlers for holding their nerves.”

Reacting to the defeat, Ireland captain Balbirnie commented, “We are all pretty good, we did a lot of good stuff with the bat. We wanted to express and we did that. Bitterly disappointed, a bitter pill to swallow. We wanted to make use of the powerplay and Paul did that brilliantly. He set the tone and I took some time.”

Hooda was named Player of the match for his maiden T20I hundred. India will now take on England in the rescheduled Test, which begins in Birmingham on July 1. This will be followed by three T20Is and as many ODIs.