The first edition of the Sri Lanka Premier League (SLPL) Twenty20 tournament will be played from August 10 to 31, Sri Lanka Cricket announced on Thursday.

The first edition of the Sri Lanka Premier League (SLPL) T20 tournament will be played from August 10 to 31, Sri Lanka Cricket announced on Thursday.

The matches are to take place at the Premadasa stadium and at the Pallekele stadium in the central district of Kandy.

The SLC was forced to postpone the event after the BCCI refused to allow its cricketers to participate in the SLPL as it suspected a link between the sponsors and Lalit Modi, the former IPL commissioner.

Mahindra & Mahindra is the title sponsor and ESPN-Star will be broadcasting the live coverage in India.

The SLPL 2012 consists of seven teams and 56 foreign players will be playing. No players participating from India or England.

Twenty20 star player Chris Gayle will be miss the SLPL 2012. 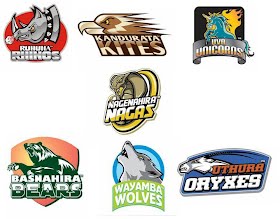 The SLC officials said they were confident of the participation of Indian and Pakistani players in the SLPL, which will precede the ICC T20 World Cup hosted here between September 18 and October 7.

List of International Players who has selected for SLPLT20 League: