India hammer Aus by 243 runs thanks to sparkling show from Karthik, Yadav

India hammered Australia by 243 runs in their final warm-up match at the Sophia Gardens in Cardiff. Batting first after winning the toss, Team India rattled by the Aussie quicks found itself at 55 for 5 in the 17th over. A superb partnership between Dinesh Karthik and Skipper MS Dhoni rescued and fired India to a big total of 308 for 6.

Dinesh Karthik scored his second consecutive century in the warm-ups. He ended up with an unbeaten knock of 146 from 140 balls with 17 fours and a six. MS Dhoni smashed 91 from 77 balls with 6 fours and 4 sixes in a sixth wicket stand of 211 runs. 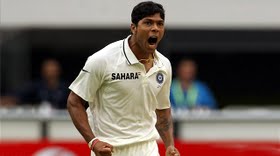 Australia in their run chase were wrecked by Umesh Yadav’s five-wicket haul with the new ball. The Aussies slipped out of the contest at 28 for 5 in the 10th over with Yadav claiming all the wickets to fall then. Ishant Sharma came in as one change and chipped in with three wickets to accelerate the Aussie collapse. Australia were bundled out for just 65 in 23.3 overs and they would thank their stars that this was only an unofficial match!