Australia make inroads after piling up 604

Final Session Highlights : Australia have made a couple of inroads in the 21 overs that they got to bowl by stumps on Day 2. India are stuttering along at 61 for 2 with a long way to go for saving the follow on. At the close of play, opener Gautam Gambhir on 30* (from 56 balls with 4 fours) is batting along with Sachin Tendulkar who is on a cautious 12* (from 43 balls with a four).

India seemed to be getting off to a super start on what was a flat pitch until a bowling change from Michael Clarke in the 6th over saw a fluke wicket! Virender Sehwag (18 from 18 balls with 3 fours) got a full toss from new bowler Peter Siddle and in an attempt to whip it away through mid wicket ended up with a fatal leading edge which was caught brilliantly one handed to his right by the bowler! In the very next over, a struggling Rahul Dravid got bowled by a Ben Hilfenhaus delivery that kicked up to hit the back elbow of the batsman and rolled down onto the stumps. Dravid was lunging forward in defence to an off cutter kind of delivery that got big onto him.

Gautam Gambhir and Sachin Tendulkar saw through the rest of the session without any damage for the visitors. Gambhir has looked impressive so far moving his feet nicely to the pacers. Tendulkar looked very tentative towards the end of the day’s play but most importantly has survived the anxious moments.

Australia declaration : Australia have declared just about 15 minutes after Tea once they crossed the 600-run mark. To be precise, Michael Clarke declared with the total at 604 for 7 leading India with 21 overs to bat out before Stumps on Day 2. At the time of declaration, Brad Haddin remained unbeaten on 42 from 66 balls with a four and two sixes while Ryan Harris blasted an unbeaten 35 from 51 balls with two fours and a six. 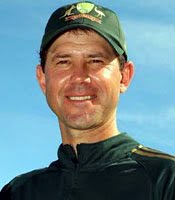 Afternoon Session Highlights : A much better session for India saw Australia settle down to 569 for 7 in 150 overs. A declaration is very much on the cards from Michael Clarke anytime after play resumes in the final session. At Tea, Australia have got Wicket Keeper Brad Haddin batting on 23* with Ryan Harris on 19*.

There was an early breakthrough for India after Lunch as Umesh Yadav went through the gate of double centurion Michael Clarke with a zipping inswinger. Clarke looking to drive it straight down the ground on the up got a bit of pad before the ball crashed onto middle. The Australian Skipper fell for 210 which came in just 275 balls with 26 fours and a six. That strike from Umesh Yadav brought to an end to a massive record breaking stand of 386 runs for the 4th wicket.

Ricky Ponting went onto reach the 6th double century of his Test career after Clarke’s exit. The former Skipper added a half century stand with Michael Hussey (25) before the former was brilliantly run out by Gambhir at silly point. Hussey thought he had nudged Ashwin past sily point and took off for a single but only to realize that Gambhir showing great reflexes stopped it with his right hand and flicked it back onto the stumps for a run out. Ricky Ponting departed in the 137th over when his flat pull shot off Zaheer Khan was well caught by Sachin Tendulkar at deep mid wicket. Ponting ended up with 221 which came in 404 balls with 21 hits to the fence.

Off Spinner R Ashwin claimed his third wicket with a gripping carom ball that deviated away from Peter Siddle just enough to find a thin edge to the keeper in a forward defence. Prior to the Tea break, Brad Haddin played aggressively and Ryan Harris struck a couple of glorious drives to have the Aussies heading towards 600.

Morning Session Highlights : Australia hammered its way to 469 for 3 in 120 overs with the overnight pair of Ricky Ponting and Michael Clarke still batting! Michael Clarke (210*) went onto score his second double century of his Test career and also in the Series! Ricky Ponting (198*) on the other hand is just a couple of runs away from reaching his 6th double century. The pair has created history by putting up a new record partnership for any wicket at this ground.

India hasn’t got a wicket for three full sessions in a row starting from yesterday’s post lunch session! The Aussies collected 134 runs this morning in 30 overs without losing a single wicket. Michael Clarke was very aggressive in the morning session as he even lofted the ball off Umesh Yadav who continues to get rough treatment from the Aussies in this Test match.

Start of play on Day 2 : On what promises to be an even better batting pitch compared to the opening day, the Aussies at a strong 335 for 3 will look to make the Indians suffer yet again on the field. Former Skipper Ricky Ponting on 137* and Skipper Michael Clarke on a dominating 140* will resume for the Australians. The hosts would be aiming to post 600 on this pitch as there is no guarantee that any total is really safe on this pitch. In 2003/04, Australia lost a Test Match against India despite posting a total of 556 in their first innings!