For a man who has been so often been guilty of not performing to potential, and even had to face the embarrassment of a ban following his involvement in match-fixing related activities, Marlon Samuels’ sensational knock in the World T20 final against Sri Lanka on Sunday was the culmination of his redemption in international cricket.

For a man who has been so often been guilty of not performing to potential, and even had to face the embarrassment of a ban following his involvement in match-fixing related activities, Marlon Samuels’ sensational knock in the World T20 final against Sri Lanka on Sunday was the culmination of his redemption in international cricket. Even since his return to the West Indies side, Samuels has been a changed, more mature player, and his innings on the big day was outstanding proof of the same. On a pitch where all the other batsmen struggled, Samuels single-handedly took West Indies to a respectable total, and then played his part in defending the same courtesy some cunning bowling. 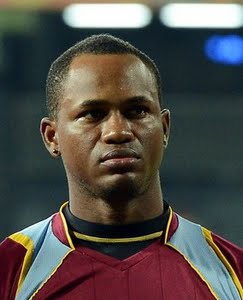 It was evident from the very beginning that the surface for the final at the Premadasa stadium wasn’t the best to bat on. Even Chris Gayle had a mighty struggle with the bat, and in the initial overs it seemed as if a game of Test cricket was on. For the better part of their innings, West Indies’ run rate was well below the run-a-ball mark. However, unlike the rest, Samuels did not succumb to the pressure and compiled a knock of the highest quality. Of all the bowlers, Samuels decided to take on speedster Lasith Malinga, and won the contest hands down.

The Windies’ number three batsman made a smart decision to go after Sri Lanka’s best bowler, since it was difficult to get the slower bowlers away on the surface that was spinning square. Samuels used the pace of Malinga to deadly effect, and, for a change,the Lankan fast bowler had no answer to offer. Even when he tried his reliable slower ones, Samuels was good enough to deposit them over the ropes. In hindsight, it was this Malinga vs Samuels tussle that decided the match. But for Samuels’ incredible effort, West Indies would have struggled to reach even 100.

Samuels’ merciless onslaught coupled by some lusty hits by skipper Darren Sammy towards the end of the innings swung the momentum Windies’ way. Still, with the kind of batting line up they possessed, Sri Lanka would have been confident of chasing down the total. The West Indians were however too inspired by Samuels’ knock to let this opportunity slip away. This was evident very early on when Ravi Rampaul pegged back Tillakaratne Dilshan’s off-stump to get the bowling side off to a perfect start.

Like when the West Indies batted, the pitch was assisting the spinners when Sri Lanka batted too. And they too struggled to get the scoreboard moving under the tough circumstances. To end their World Cup drought, what Lanka needed was for someone from the top or middle-order to replicate the performance of Samuels. They just couldn’t find their man though. Mahela Jayawardene stuck around, but fell to the reverse sweep, which was indicative of the fact that this wasn’t Sri Lanka’s day. The rest of the batting just crumbed under intense pressure applied by Sunil Narine and co. Like Ajantha Mendis earlier in the day, Narine too was unplayable. The only time Lanka were in with a faint chance was when Nuwan Kulasekara took on Ravi Rampaul. In the end however, Chris Gayle’s prophetic words came true. ‘This World Cup is ours.’ It indeed was.

--By A Cricket Analys