Final Session Highlights: Riding on unbeaten centuries from Ricky Ponting and Michael Clarke, Australia closed the first day’s play at a strong 335 for 3 in 90 overs. The two batsmen were in total control and like in the afternoon session, the ball hardly beat the bat. Of course there was the odd edge produced which either didn’t carry or flew safely in the gaps as India couldn’t afford to have many fielders behind the stumps.

It was a flat back to back session for Team India as they were left wicketless. Australia collected 121 more runs in 32 overs. Ricky Ponting helped himself to a 41st Test century and remained unbeaten on 137 from 254 balls with 13 fours. Michael Clarke remained unbeaten on 140 from just 188 balls with 19 fours and a six. This is Michael Clarke’s 19th Test century. India did take the second new ball in the 86th over but that hasn’t done anything significant so far. 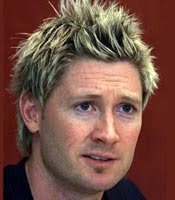 Tea Break Highlights: Australia dominated India completely in the post lunch session with both Ricky Ponting and Michael Clarke taking their partnership to 130 runs for the unbroken 4th wicket stand. The hosts went to Tea at 214 for 3 in 58 overs. Ricky Ponting is closing in on a century, and is batting on 91 from 145 balls with 10 fours. Michael Clarke who took Ashwin for three fours in an over is looking good on 71 from 105 balls with a dozen fours.

There was not a single wicket lost by the Aussies after lunch while collecting 116 runs in 29 overs. India barely looked good to create any wicket taking opportunities though the ball did start to reverse swing. There was a milestone achieved during the afternoon session with Ricky Ponting becoming the third player after Sachin Tendulkar and Rahul Dravid to cross 13000 Test runs.

Lunch Break Highlights: Australia are on the backfoot at 98 for 3 in 29 overs at lunch on Day 1. After Zaheer Khan trapped David Warner cheaply in the 7th over, off spinner R Ashwin came up with two wickets that of Shaun Marsh and Ed Cowan. Ricky Ponting on 43* is batting along with Skipper Michael Clarke who is new at the crease.

The Aussies were off to a good start but were pegged back by the early introduction of Ashwin in the 4th over. Zaheer Khan provided the early breakthrough for India when he had the dangerous David Warner (8 from 23 balls) playing back to a good length inswinger to trap him plumb infront of middle and leg in the 7th over. Ashwin in the 10th over provided the second Aussie wicket when he went through the gate of Shaun Marsh (3) from round the sticks tossing it up outside off and getting it to straighten to hit the off stump after drifting in.

The hosts seemed to be settling down after the twin blow with Ponting joining Cowan. However, minutes before the lunch break, Ashwin in his second spell struck again luring Ed Cowan (30 from 63 balls with 3 fours) into a false drive with a well tossed up off break in the 26th over. Cowan’s uppish drive was brilliantly caught by a forward diving Laxman at short extra covers.

Toss and Teams: Australia have won the toss in the Fourth and Final Test at the Adelaide Oval and elected to bat first. The Aussies as we all know well in advance have made one change to their line up by including off-spinner Nathan Lyon in the place of left arm quick Mitchell Starc.

India have made two changes – MS Dhoni who is banned from the Test because of slow over-rate has been replaced by Wriddhiman Saha as the Wicket Keeper while Virender Sehwag is the Captain. The other change is Ravichandran Ashwin replacing medium pacer R Vinay Kumar. So there is no place for the likes of Pragyan Ojha and Rohit Sharma even for this final Test!

Pitch Report of the Adelaide Oval : The pitch at the Adelaide Oval has a covering with brown grass. The new ball will be the key in this Test match and will swung around because of the humid conditions. The temperature for today is 37 degrees Centigrages! Such hot weather will crack up the pitch and tire it down to bring in the spinners into action from Day 3. Otherwise with no seam movement predicted, the batsmen should find the pitch a lot easier than the previous ones in this series.