Scotland and Namibia, the two surprise qualifiers from Round 1 of the T20 World Cup 2021, will face off in match number 21 of the tournament on Wednesday. The game will be played at Sheikh Zayed Stadium in Abu Dhabi and will be part of the Group 2 clashes in the Super 12 round. The Scotland vs Namibia match will begin at 7:30 PM IST and 6 PM local time

After progressing through Round 1 unscathed, Scotland got a massive reality check in their first Super 12 round clash against Afghanistan. Their bowlers were hammered to all parts of the ground in Sharjah as Hazratullah Zazai, Rahmanullah Gurbaz and Najibullah Zadran made merry.

When they came out to chase 191, their batting was completely exposed against Afghanistan’s spin bowlers. All the big names in the Scotland line-up - George Munsey, Kyle Coetzer, Calum MacLeod and Richie Berrington - were clueless against Mujeeb Ur Rahman, who claimed five wickets for 20 runs. Rashid Khan also helped himself to four wickets without breaking a sweat. 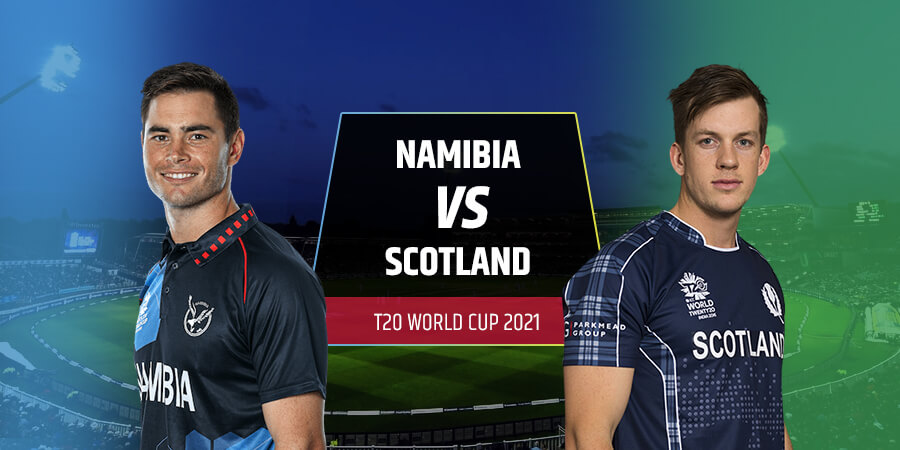 Like Scotland, Namibia will also find it tougher in the Super 12 round. However, they will be pleased to take on the Scots in their first match as they are more on par with them. Namibia progressed after coming up with a super show against Ireland. Jan Frylinck claimed 3 for 21 to restrict Ireland to 125 for 8. David Wiese came up with another good all-round show to see Namibia through to victory. After claiming two wickets, he smashed an unbeaten 28 off 14 while Gerhard Erasmus contributed an unbeaten fifty, leading from the front.