Speaking about the Indian skipper Hogg wrote in his blog for ‘The NewDaily’ website, “Virat is an exuberant and emotional character who trains so hard at his cricket. He wants it so much and that translates into his behaviour on the field. Australians need to get off their high horse about Kohli and his carry-on – let’s not forget we are well-renowned for our sledging and have been for years,” 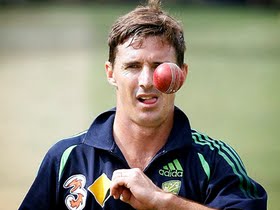 He added, “When Kohli clashed with Smith, I liked it. As long as it isn’t violent or very personal, it adds to the spectacle. Kohli has clearly been expressing himself on the cricket field. But it’s good for the series and it’s good for cricket.”

Hogg also added that he was happy neither Smith nor Kohli were punished for the incident at Bangalore. “I’m glad no bans were handed out to Kohli, Smith or any of the other players – their behaviour didn’t warrant it. Smith’s decision to look at the dressing room while contemplating using DRS will leave him feeling slightly embarrassed. You’re not allowed to do that and, as a captain, he knows that. I think it showed the pressure of the moment and the series. But it was dealt with then and there, by the umpire, who gave him his marching orders,” he went on to say.

Hogg admitted that emotions were running high in the second Test. “Emotions were clearly running wild in Bangalore and it was funny to think that some of the Indians and Aussies will be teammates in the upcoming Indian Premier League (IPL). In that sense, it reminded me of the Sheffield Shield we used to play, which could feature very heated contests between guys who would play together for Australia only weeks later,” he went on to say.